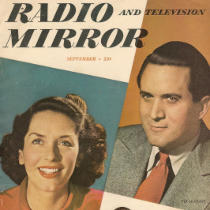 I like to use and reuse material from my television collection as much as possible here at Television Obscurities. That’s why you might see a magazine or book used as a reference in a few articles and also reviewed here in the Bookshelf column. Something I haven’t been able to use much at all are any of the issues of Radio and Television Mirror I own.

The publication was originally called Radio Mirror and stared in November 1933. The title was changed to Radio and Television Mirror in August 1939. You might think that if the magazine was going to go to the trouble of adding “television” to its title it might actually cover television. That doesn’t seem to be the case based on the issues in my collection. The name changed again a few years later to Radio Romance, then back to Radio Mirror a few years after that, then back to Radio and Television Mirror, before finally settling on Radio-TV Mirror in the early 1950s. It remained in print until the late 1970s. 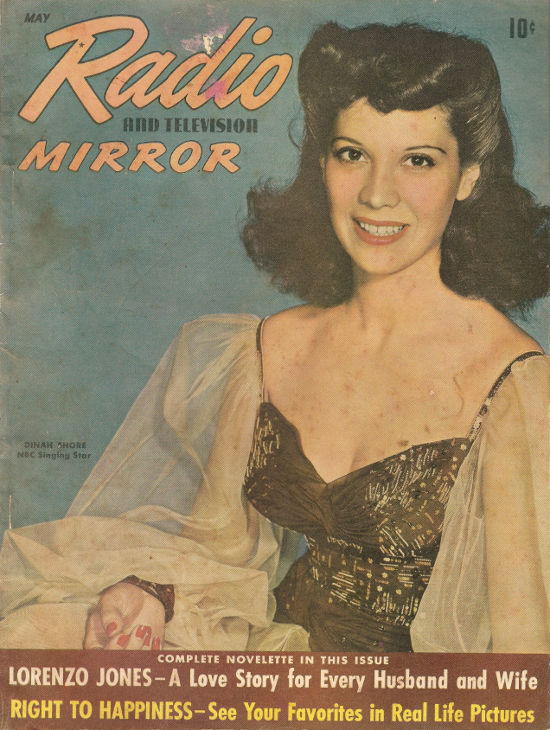 Front cover to the May 1942 issue of Radio and Television Magazine – Copyright 1942 E.P. MacFadden Publications, Inc.

I have just five issues in my collection. The first two, from May 1941 and May 1942, have nothing at all to do with television despite the word being in the title. The third, from May 1947, likewise makes no mention of television but at that point the magazine had reverted to Radio Mirror so I wasn’t expecting any television. The last two issues, however, are from 1948 and do include a bit of television material.

It’s obvious after leafing through these issues that Radio and Television Mirror was not a serious magazine documenting the goings-on in the radio industry. There was some news tidbits presented in each issue but they were more gossipy than anything else. The bulk of the issues are filled with short stories, radio serials in narrative form, articles about radio stars, portraits and biographies of characters from various radio programs, and dozens upon dozens of advertisements. Radio and Television Mirror was marketed towards women and the ads reflect that. They’re for products ranging from lipstick to deodorant, face creams to hair nets, soaps to perfumes, as well a wide variety of undergarments and feminine hygiene products.

Advertisement for Cashmere Bouquet Soap, from May 1942

Many of the ads are wildly, and hilariously, sexist. They proclaim that all a girl needs is a man and all she needs to get one is their product. It’s often easy for those of us born decades after the 1940s to forget just how much pressure there was on women to conform to certain standards, look a certain way, and find a man and start a family. These ads may seem outrageous today but back then they were par for the course.

Some of the best (or worst, depending on your point of view) ads are from a company called Cashmere Bouquet, which sold soaps and powers. For example, from an ad for Cashmere Bouquet talcum powder:

KEEP FRESH: First bathe and then sprinkle Cashmere Bouquet Talc into every curve. Like a scent-laden breeze it freshens and cools your skin.

FEEL SMOOTH: Shake Cashmere Bouquet over those chafable places. It gives your skin a satin-smooth sheath of protection…girdles sleep on like magic.

STAY DAINTY: To prolong your bathtub freshness, use Cashmere Bouquet Talc generously and often. It perfumes your person with the fragrance men love.

A handful of the ads feature before and after pictures. Others list do’s and don’ts for girls hoping to find a man.

Thankfully, the two issues from 1948 do actually do have a few pages devoted to television, but only a few. Even in 1948, television was little more than an afterthought for Radio and Television Mirror, which makes sense considering TV was only available in a few cities at the time. Gracing the cover of the July 1948 (Volume 30, Number 2) issue were Don McNeil and his sons Donnie, Tommy, and Bobby. Inside were five or six pages about television.

The “Coast to Coast in Television” section covered developments in television across the country. It ran two pages with a few additional columns of text at the back of the magazine. It included photographs of Howdy Doody, an Easter Parade, DuMont’s Court of Current Issues, and more. The bulk of the section explained how to develop a television concept for NBC and Owen Davis, Jr., NBC’s Director of Program Preparation. 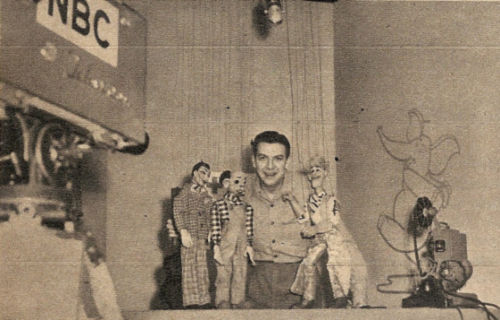 The September 1948 issue (Volume 30, Number 4) featured Tex McCrary and Jinx Falkenburg along with their son Paddy. Inside was a two page article about the possibility that Tex and Jinx might venture into television. Tex felt that daytime television wasn’t fully developed outside of some live events and sports. But it would be soon and the 8-9AM hour would become very important.

Another brief feature focused on Rudy Valee and his Vallee-Video production company, working on 25 half-hour comedy-dramas for television. Two had been completed and the third was in production. The third and final bit of television was about Radio and Television Mirror‘s Television Editor, Joan Murphy Lloyd, participating in DuMont’s Doorway to Fame program, broadcast Mondays at 7PM. 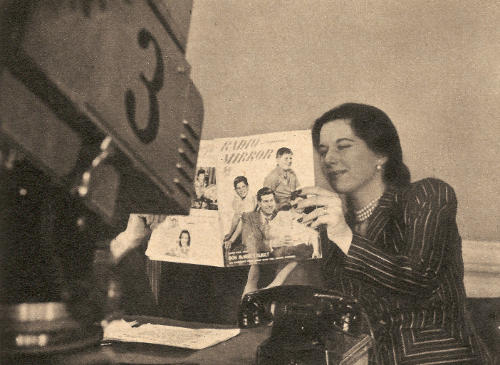 Obviously, these issues of are not great resources for television. If you were to go through every issue from 1948 you’d probably get a general idea of what was going on in television in the late 1940s or at least what the editors of Radio and Television Mirror thought was interesting enough to cover in their magazine. The ads are bizarre and amusing at times but that’s about it.

The American Radio History website has 20 years worth of Radio Mirror/Radio and Television Mirror scanned and available online. Many of the same issues are also available at the Internet Archive via the Library of Congress.