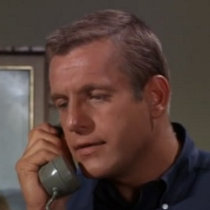 Actor and comedian Jerry Van Dyke died Friday (January 5th) at the age of 86. The younger brother of Dick Van Dyke, he had a long career in television, including starring roles in several shows. Between 1962 and 1965, he four guest appearances on The Dick Van Dyke Show, playing the brother of Rob Petrie (played by Dick Van Dyke). During the 1965-1966 season, Jerry starred in My Mother the Car on NBC. Some consider it one of the worst television shows of all time.

(I don’t agree. My Mother the Car is nowhere near as horrible as its reputation suggests.)

From 1989 to 1997, he co-starred in Coach on ABC alongside Craig T. Nelson, Shelley Fabares, and Bill Fagerbakke. The series earned him four Emmy nominations but no wins. From 2001 to 2005, he had a recurring role on the CBS sitcom Yes, Dear. More recently, he guest starred in several episodes of ABC’s The Middle.

Obituaries can be found at The New York Times, The Washington Post, and The Hollywood Reporter.