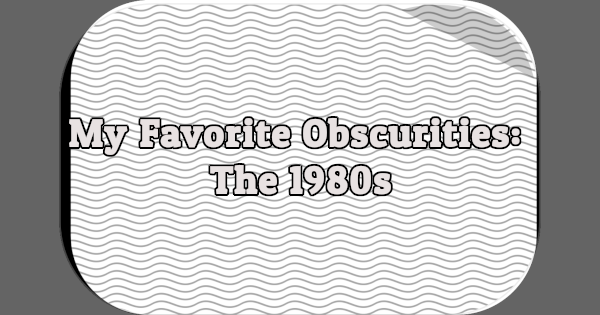 A look at my 12 favorite obscurities from the 1970s, including Otherworld, Hot Pursuit, The Four Seasons, AfterMASH, and Goodtime Girls.

My latest article is about Otherworld, the short-lived CBS sci-fi series that ran during the 1984-1985 season.