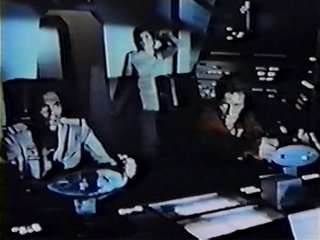 Land of the Giants ran from 1968-1970 on ABC, making it the last of Irwin Allen’s four “classic” 1960s science-fiction dramas to hit the air and the only one not to air concurrently with any of the others. The show followed the adventures of the passengers and crew of the spaceship Spindrift after they are thrust through a time-space anomaly and find themselves on a planet where everything and everyone is gigantic — except for them.

I’m not familiar enough with the series to say whether this is from the first or second season but based on the footage and voiceover it is obviously a generic spot rather than an episodic one. The last five seconds are missing. They could have been left for local station identification.

2 Replies to “Land of the Giants Promotional Spot”