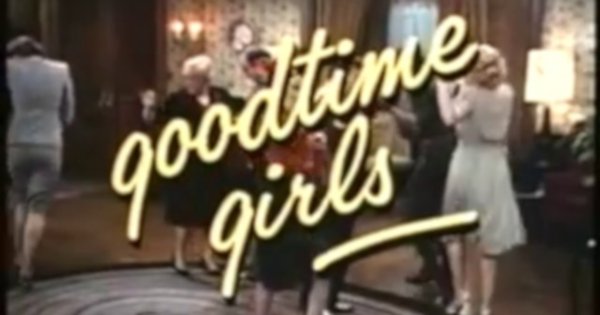 Don’t know if you can help but I’ve been trying to find out the name of the tv show that used to come on real late night tv about a professor with an Italian student with a real heavy Italian accent and they used to fight crime or something to that effect. It didn’t last very long but I used to watch it and wonder what the name was….. I think James whitmore was in it and the actor’s name was Enzo and I don’t remember the last name. Do you have any idea what the name was?
Dee

The show was called My Friend Tony and starred James Whitmore and Enzo Cerusico as Professor Woodruff and Tony Novello, a crime-fighting duo. A backdoor pilot for the series was aired on March 4th, 1968 as part of The Danny Thomas Hour. Produced by Sheldon Leonard, My Friend Tony was a mid-season replacement on NBC. It premiered Sunday, January 5th, 1969 at 10PM (replacing The Beautiful Phyllis Diller Show) and was cancelled in February [1]. It aired through June and may have later been shown in late night on NBC or local stations.

I remember a show from either 1979 or 1980 when I was senior in high school. Three women working during World War II. None of my friends remember it – do you?? I think it was called working girls but I am not sure.
Joseph

Goodtime Girls was an ABC sitcom about which four women — played by Annie Potts, Georgia Engel, Lorna Patterson and Francine Tacker — living together in an apartment in Washington, D.C. during World War II. It was a mid-season replacement that premiered on Tuesday, January 22nd, 1980. Richard F. Shepard of The New York Times called it “professionally done with zest and attractive people” while The Los Angeles Times wrote “it’s all pretty standard sitcomese but the characters — particularly Miss Potts — make it interesting” [2, 3]. It was pulled by ABC in February after only a few weeks on the air only to return in April on a different night. It was soon pulled again. The last few episodes were burned off in August.

I would like info on a detective show from the 1950’s called “Tightrope”. As I recall it had to do with an undercover police detective.
G. Ronan

Tightrope! starred Mike Connors (in his first leading role) as an unnamed undercover detective who would infiltrate a new criminal organization every week. He used the alias Nick Stone on occasion. The show premiered September 8th, 1959 on CBS. Critics were not fond of the it, with John P. Shanley of The New York Times calling its premise “a flimsy cloak for a series of familiar and annoying stereotypes” [4]. Cecil Smith of The Los Angeles Times admitted that Tightrope! wasn’t badly done but was nothing more than “a reasonable facsimile of at least a dozen other shows” although he called “the easy charm of Mike Connors” the show’s “one saving grace” [5].

Here’s a description of the show from a March 1960 article in The Chicago Daily Tribune about Mike Connors:

When Tightrope first started it had two gimmicks, Mike says. The first was that the undercover man would escape at the end of each episode with the line: “In the excitement one man got away…” The second was that he wore his gun in a holster in the small of his back. The endings are varied occasionally now, but the revolver still nestles close to his spinal column, a fashion that has been adapted for all plainclothesmen on one California police department [6].

A total of 37 episodes were produced, with the last first-run episode airing on May 31st, 1960. Tightrope! went into syndication in September 1960 after ending its network run.

One Reply to “Q & A: My Friend Tony; Goodtime Girls; Tightrope!”