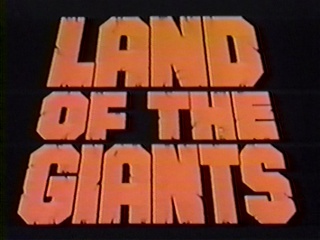 Here’s a promotional spot for ABC’s Land of the Giants. It’s a bit long for a traditional promo spot and appears to be missing at least a few seconds from the very beginning. It includes footage from a number of episodes from the show’s second season (including “Giants and All That Jazz,” “A Small War,” and “The Marionettes”) which ran from 1969-1970. At approximately :40 into the spot, a voice over announces “Sunday nights on this station, a nightmare comes your way on Land of the Giants.”

2 Replies to “Land of the Giants Promotional Spot #2”