Cozi TV, NBCUniversal’s new classic television digital specialty network, officially launched last Tuesday (January 1st) but a “soft launch” featuring Christmas programming ran from December 20th-25th followed by a preview of regular programming from December 26th-31st. The network can be found the NBC Owned & Operated stations as well as a number of other stations, primarily those affiliated with NBC. Wikipedia lists 19 Cozi TV stations in a dozen states while the official Cozi TV website lists 22 (look for the drop down menu on the TV Listings page). There’s also an official Cozi TV Facebook page, Twitter feed and Google+ page, which hasn’t been updated in months.

According to its website, Cozi TV features the following classic television shows: Magnum, P.I., The Lone Ranger, The Roy Rogers Show, Charlie’s Angels, The Virginian, The Bionic Woman, The Six Million Dollar Man, Highway to Heaven, Marcus Welby, M.D., and Lassie. Other shows currently on the schedule include I Spy, Hopalong Cassidy, Alias Smith and Jones, Banacek, McMillan and Wife, McCloud, The Bold Ones: The Lawyers, Stories of the Century and Tales of Wells Fargo. Aside from these classic programs, Cozi TV also features lifestyle programming carried over from NBC Nonstop format formerly seen on the NBC Owned & Operated stations and a pair of recent Canadian shows. There are two movies every weekday and four movies plus an educational block on weekends. Stations likely have the option to pre-empt certain Cozi TV programming for local shows.

I recorded several shows during the soft launch and a few more following the January 1st official launch. Note that I am viewing the station on WVIT (Connecticut’s NBC affiliate) over-the-air on a standard definition 4:3 television set. The first thing I noticed was the aspect ratio. There are black bars on all four sides rather than the more familiar top and bottom bars (“letterbox”) or right and left bars (“pillarbox”). Bars on all four sides is called “postage stamp” or “windowbox” and is the result of 4:3 SD content being up-converted for 16:9 HD widescreen use and then downconverted when viewed on a 4:3 SD set. You can read more about formats and aspect ratios in this paper prepared for the National Association of Broadcasters (NAB). Here are some screen shots showing the “postage stamp” format: 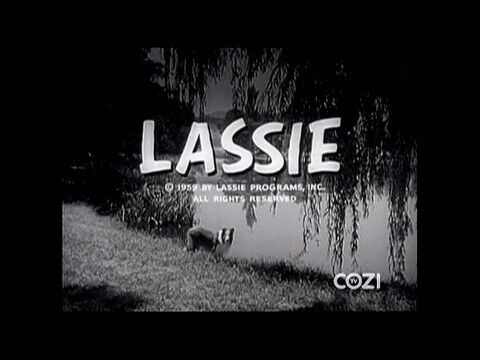 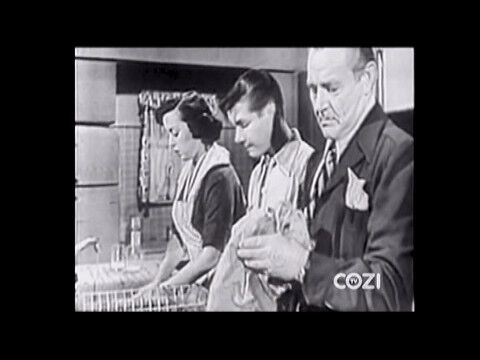 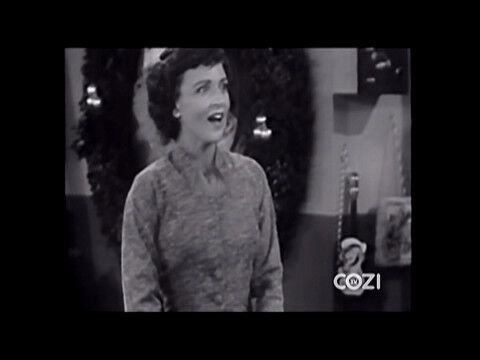 Some viewers might find this distracting or even unwatchable. Check to see if your television set or DVR allows you to change the aspect ratio or to zoom in on the image. While not ideal, these are some options to make watching Cozi TV more palatable. Ideally, Cozi TV would implement Active Format Description (AFD), as described in the NAB paper linked to earlier, to deal with the issue.

All of the lifestyle/NBC Nonstop programming is 16:9 widescreen, as are the few movies I have checked and all NBC promotional spots aired during commercial breaks. Most of the commercials are “postage stamp” but, interestingly, promotional spots for Cozi TV are 16:9 HD widescreen even though the source material is 4:3 SD. Here are some examples: 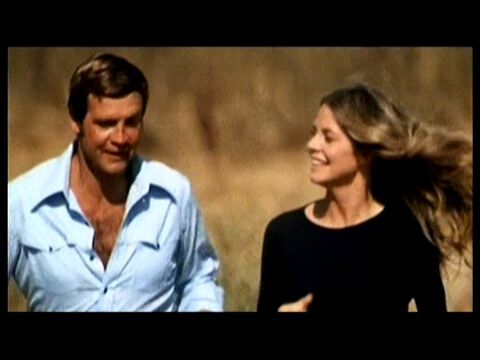 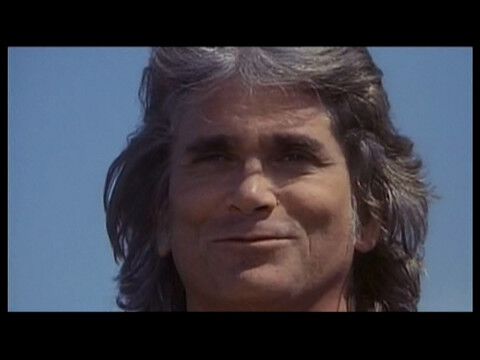 Aside from the aspect ratio, what stands out most while watching Cozi TV are the various on screen graphics. A fairly large, white network logo or “bug” is present on the lower right of the screen during all programming. Unlike many other network logos, the Cozi TV logo is not very transparent. There is also a rating icon in the upper left at the start of every program and right after most (or all) commercial breaks. Any programs that feature closed captions have a third graphic in the upper right hand corner. Finally, there is a network identification shown every hour (or every half-hour, I’m not quite sure). The rating and closed caption graphics stay on screen for about 20 seconds. Here are some examples of how cluttered the screen can get: 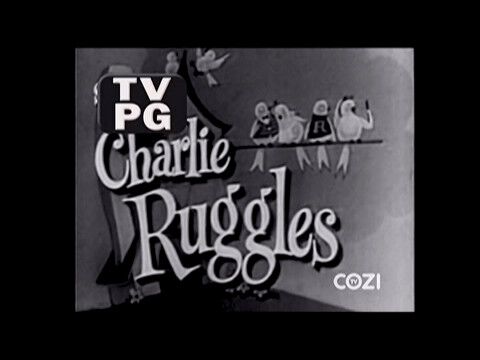 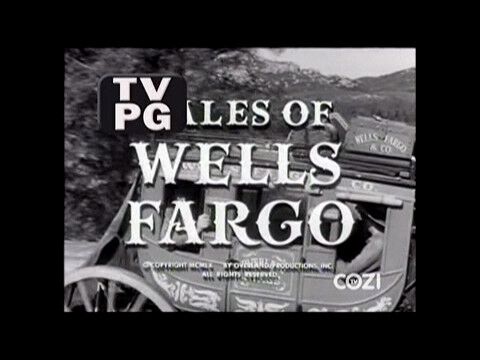 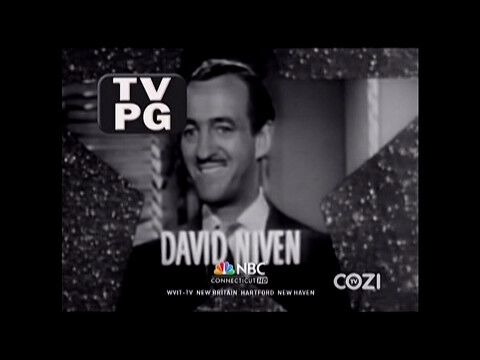 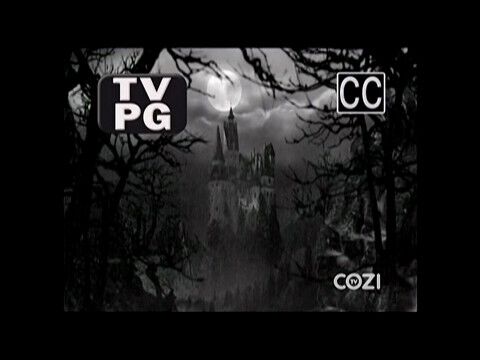 To be fair, most of these graphics are likely required by the FCC. Whether they have to be as big as they are is another question. What is far more egregious than the clutter is the fact that Cozi TV is airing cut episodes in order to fit in more commercials. I timed three half-hour episodes (The Ruggles, Four Star Playhouse and Date with the Angels) broadcast during the Christmas “soft launch” and all clocked in at 24:58. The fact that they’re all exactly the same length suggestions they had to be edited to some degree but at close to 25 minutes they’re probably not missing much.

I then timed three more half-hour episodes (Tales of Wells Fargo, Lassie and Stories of the Century) broadcast after the January 1st official launch. All ran 21:53 which means they’re heavily cut. I timed one episode of The Bold Ones: The Lawyers and it ran 44:57 so it was also cut for time. That’s too bad.

Aside from the shows aired during the Christmas soft launch, which were obviously sourced from fairly beaten up prints and exhibited lots of scratches and other defects, the quality of the shows I watched or checked was pretty good. Be aware that individual stations can decide how much bandwidth they want to devote to Cozi TV. Not enough bandwidth means a low-quality signal and compression artifacts.

I doubt I will be watching much Cozi TV in the future. Not because of the aspect ratio, which doesn’t really bother me, or the clutter due to on screen graphics, or even because the episodes are cut for time. No, the reason I don’t plan on watching Cozi TV has to do with the programming. I admit to being excited when the “soft launch” schedule included episodes of The Ruggles, Meet Corliss Archer and Date with the Angels, which are fairly obscure, but the regular schedule is filled with well-established classic shows that are for the most part readily available on DVD, streaming online or on other networks/cable channels. I can only hope that more obscure fare will find its way back into the schedule in the coming months. For those viewers who enjoy the shows currently on the schedule, tune in and enjoy.

If you get Cozi TV and have any thoughts, hit the comments. I’m interested to hear what others think.