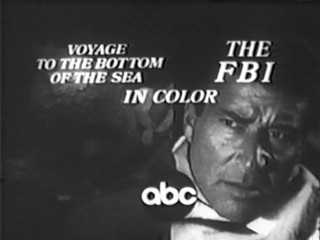 Here’s an ABC network promotional spot for the Sunday, March 5th, 1966 broadcasts of Voyage to the Bottom of the Sea (“The Menfish”) and The F.B.I. (“The Man Who Went Crazy by Mistake”). The two shows were aired in color but this is from a black-and-white print. Note the announcer at the end says “Tomorrow night on ABC,” which means this would have aired at some point during ABC’s Saturday, March 6th line-up of ABC Scope, Ozzie and Harriet, The Donna Reed Show, The Lawrence Welk Show and The Hollywood Palace.

One Reply to “Voyage to the Bottom of the Sea/The F.B.I. Promo”