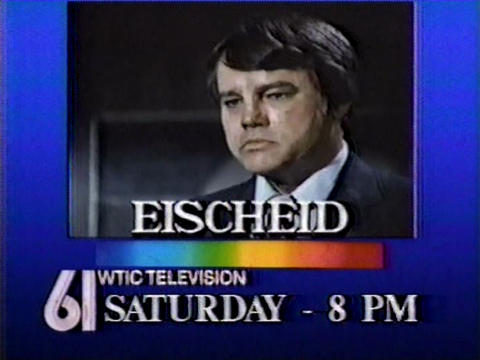 Here’s a promotional spot from February 1985 for syndicated repeats of Eischeid on WTIC-TV (Channel 61) in Connecticut. The crime drama starred Joe Don Baker and originally aired on NBC from September 1979 to January 1980. WTIC-TV aired Eischied on Saturdays at 8PM from January 12th to April 6th, 1985.