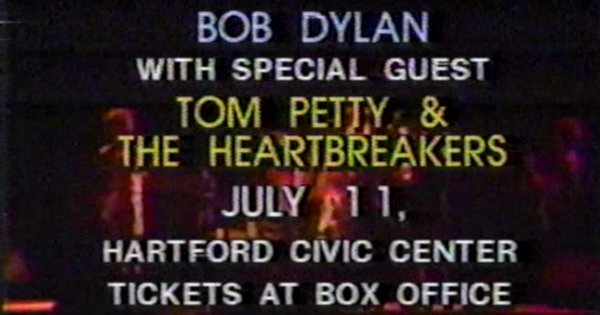 Here’s a commercial for tickets to a Bob Dylan concert at the Hartford Civic Center in Connecticut on July 11th, 1986. His special guest was Tom Petty & The Heartbreakers. This particular commercial aired in May 1986.