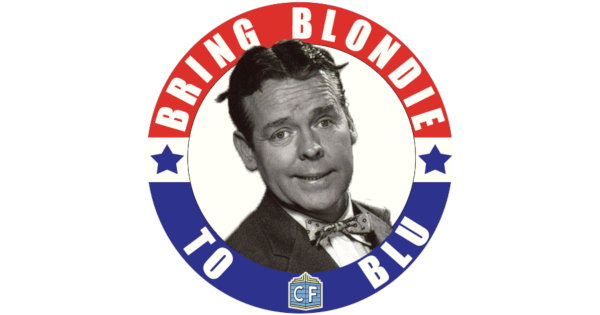 In a post at the Home Theater Forum, ClassicFlix founder David Kawas explained what will happen if the Kickstarter campaign is unsuccessful:

To clarify further, we’re scanning them in HD as we speak. Whether or not the title will be released on Blu however, depends if this campaign is successful. We’ll still release it on DVD if the campaign is not successful, but it seems a shame to do so.

Also, bonus features may or may not be part of that release, and clean up will be minimal. Pre-book price won’t necessarily be less expensive either as $30 for this blu set, delivered is a good deal as a stand-alone DVD release will likely retail for $35 – $40.

If you’re a huge Blondie fan or just want to show your support for an obscure sitcom from the 1950s, pledge your support today.