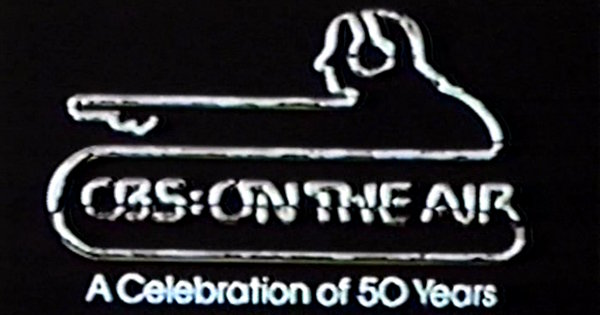 Hosted by Walter Cronkite and Mary Tyler Moore, “CBS: On The Air – A Celebration of 50 Years” ran for an astounding nine-and-a-half-hours over the course of one week in 1978. Never before or since has a TV network gone to such lengths to commemorate and reflect on its history.

The Birth of the Anniversary Special

The special covered a variety of topics, from the birth of NBC Radio to daytime soaps to prime time medical shows. It ranked third for week in the Nielsen ratings, helping NBC pull ahead of that network to narrowly win the week [4]. More importantly, the success of “The First Fifty Years” proved to the other networks that anniversary celebrations could draw an audience.

NBC broadcast a second anniversary special (“The First Fifty Years-A Closer Look”) on Sunday, October 23rd, 1977. Once again, it aired as an installment of The Big Event and, once again, Orson Welles served as narrator. Only two-and-a-half hours long, it focused mostly on NBC’s comedy and musical/variety programming from the past five decades. It did not do quite as well in the ratings, ranking 12th for the week [5].

CBS was only slightly younger than NBC, dating its birth to September 18th, 1927 when the Columbia Phonographic Broadcasting System went on the air for the first time. On Sunday, September 18th, 1977 CBS Radio aired a three-hour retrospective from 7-10PM that began with an excerpt from the very first program the network aired [8].

Emerson Stone, vice president in charge of CBS Radio News, explained that the retrospective was intentionally split into six self-contained half-hour segments, allowing listeners who didn’t tune in at the beginning to “pick up a reasonable continuity” [9]. The six segments focused on music, news, entertainment, sports, drama, and more news. The retrospective also featured an interview with William S. Paley.

The September 19th, 1977 issue of Broadcasting featured a 71-page special section titled “CBS: The First Five Decades,” chronicling fifty years of CBS history. It included a history of the company, profiles of CBS executives like Frank Stanton and John Blacke, articles on the company’s efforts at diversification, the CBS broadcast group, a plan to once again top the television ratings, the future and the history of CBS News, technological innovation on the part of CBS, and more.

Also featured was a list of current CBS radio and television affiliates as well as dozens of advertisements congratulating the network from affiliates, station groups, production companies, CBS itself and even rival networks. NBC’s full-page ad read “Congratulations to CBS on its 50th Anniversary. And welcome to the club!” [10].

But where was CBS television?

Les Brown, in an August 25th, 1977 article about the upcoming radio retrospective, reported that CBS-TV was working on a five or six-part anniversary special to shown on consecutive nights, but that it would not be seen until February 1978 at the earliest [11]. At the prodding of William S. Paley himself, in May 1977 CBS started work on an elaborate television celebration that would put all other celebrations to shame.

The network hired Alexander H. Cohen, famed Broadway producer and the man responsible for bringing the Tony Awards to television, as executive producer [12]. Why CBS waited until four months before its 50th anniversary to start preparations for a TV special is unknown. Perhaps the scope of the televised celebration explains why it took so long to get on the air.

Rather than relying on a single broadcast, even one as long NBC’s four-and-a-half hour “The First Fifty Years,” CBS opted instead for an extravagant nine-and-a-half-hour, week-long series of specials called “CBS: On The Air – A Celebration of 50 Years.” The goal was to bring together more than 100 network stars, past and present, with Walter Cronkite and Mary Tyler Moore serving as overall hosts. Other stars and personalities stepped up to host nights they were associated with. For example, Lucille Ball would host the Monday special.

Cohen’s experience with the Tony Awards did not prepare him for “CBS: On the Air.” He told the Associated Press he wasn’t sure why CBS decided to have someone with his background produce the specials but suggested it might have been an attempt to “avoid a family fight over who would do it” and to “bring a broad-minded over [with] no prejudices” [13].

Cohen’s wife, Hildy Parks, served as head writer for the specials and also helped develop the overall creative concept. According to Cohen, the objective was to help viewers understand why certain TV genres and programs were popular or critically acclaimed by placing them in their proper historical context. One example: why Westerns were so popular in the 1950s. Cohen referred to himself as “essentially a critic” and a “highly overly paid one at that” [14].

According to Walter Cronkite, there were internal CBS News discussions regarding his co-hosting duties. He told the Associated Press he “never had any doubts about the propriety of my appearing on the show. After all, I’ve spent most of my adult life on CBS, so it was only fitting that I would appear” [15]. Cronkite called Mary Tyler Moore “a delight” and said working with her was “great fun.”

Not so fun was the hectic schedule Cronkite kept for over a month, flying from New York City to Hollywood on Friday evenings and returning the following Sunday night or Monday morning. He even missed The CBS Evening News once due to a storm on the East Coast [16]. 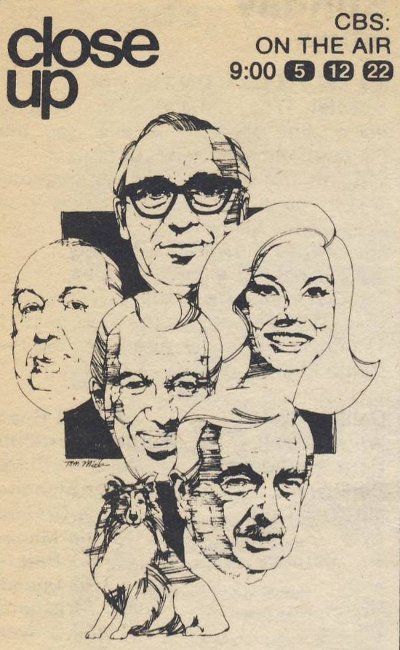 Although CBS attempted to bring together as many of its stars as possible, a few were just unable–or unwilling–to be involved. According to TV Guide, Cher and Amanda Blake were sick while ABC refused to allow Cloris Leachman to participate in a special on another network. Supposedly, Charlton Heston declined to give CBS permission to use his likeness [17].

On Monday, March 13th, 1978, CBS threw itself a birthday party in New York City featuring some 75 minutes worth of footage from “CBS: On the Air” [18]. More than 400 guests attended, including CBS network executives and radio/television stars. Executive producer Cohen was on hand, as was Walter Cronkite, who helped cut a large birthday cake. His co-host, Mary Tyler Moore, appeared via videotape.

CBS: On The Air – Night By Night

“CBS: On The Air” premiered on Sunday, March 26th, 1978 with a two-hour installment airing from 9-11PM. Titled “The Night of 100 Stars,” it opened with a massive gathering of CBS stars, between 115 and 125 of them. In addition to Walter Cronkite and Mary Tyler Moore, Telly Savalas and Jean Stapleton acted as hosts. After an obligatory look at CBS radio broadcasts beginning in 1927, the focus turned to TV shows that aired on Sundays. Included were You Are There, Lassie, The Smothers Brothers Comedy Hour and 60 Minutes.

The next five segments were each an hour in length, airing from 10-11PM on weekday evenings. Monday’s segment, “Have a Laugh on Us,” saw George Burns, Lucille Ball, Arthur Godfrey and Bea Arthur joining Mary Tyler Moore to introduce clips from I Love Lucy, The Goldbergs, East Side/West Side, December Bride and Arthur Godfrey’s Talent Scouts.

Tuesday was “Chills and Thrills with a Laugh Chaser,” with Alan Alda, Garry Moore and Phil Silvers featuring You’ll Never Get Rich (aka Sgt. Bilko), the famous edition of Edward R. Murrow’s See It Now critique of Senator McCarthy, along with The Many Loves of Dobie Gillis and M*A*S*H. 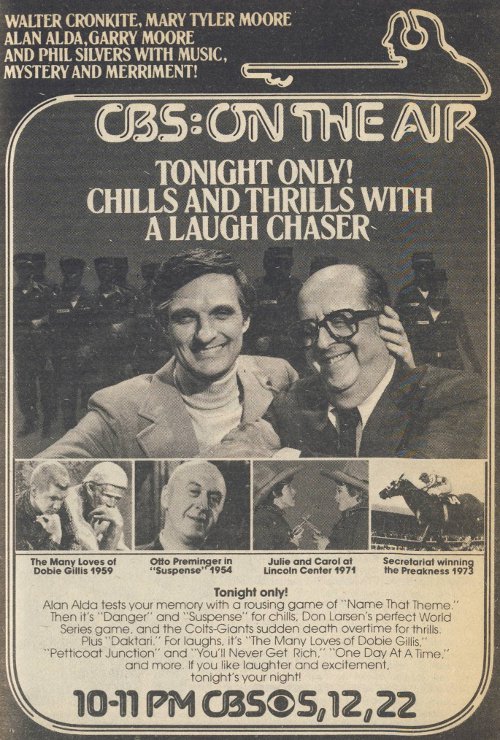 Thursday was “Join the Family,” hosted by Richard Thomas and other cast members from The Waltons. Witness, Playhouse 90, and Hawaii Five-O were jut a few of the programs featured.

The Saturday segment, and the special as a whole, closed with a final song-and-dance number about spin-offs featuring Mary Tyler Moore, Carroll O’Connor and Danny Thomas followed by an address from CBS chairman William S. Paley.

Not A Blockbuster, But Still A Success

Overnight ratings for the opening installment of “CBS: On the Air” were not particularly encouraging. Although Nielsen numbers gave the special a 41 share in New York City, topping the other networks, in Los Angeles and Chicago it drew a 34 and 33 share, falling behind ABC in both cities [19]. Nationally, however, the two-hour installment held its own against ABC’s Sunday movie (SST: Disaster in the Sky) and tied with Quincy, M.E. as the 11th most-watched program of the week [20]. 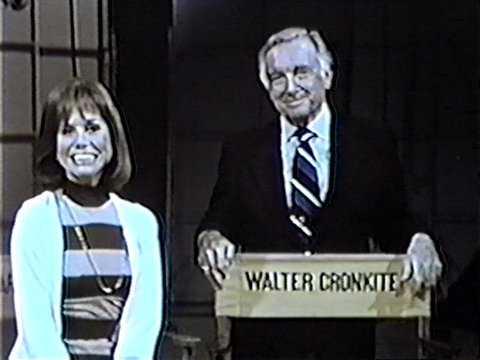 In part due to the strong ratings for the remaining six “CBS: On The Air” specials, CBS won the week of March 27th-April 2nd in the Nielsen ratings, only the third time during the 1977-1978 season it had done so [21]. The six specials averaged a 21.3/37 Nielsen rating, easily winning their time slots (with the exception of Saturday night). Only the Thursday installment cracked the Top Ten, tying for eighth with the season finale of The Waltons, which saw the return of Ellen Corby following a stroke (the cast of The Waltons were the hosts of the Thursday installment) [22].

Five of the six specials were among the Top 26 programs for the week; the Saturday installment ranked 44th [23].

The overall success of “CBS: On the Air” lead UPI’s Joan Hanauer–who called the specials “by far the most elaborate and successful network anniversary celebration”–and others to point out how the look back at its past programming helped CBS recapture some of the ratings success of that programming [24].

Like other network anniversary celebrations, “CBS: On the Air” has never been repeated nor has it been officially released on any format. However, The Paley Center for Media has more than 40 assets relating to the specials, including complete installments, clip compilations and rough reels (which may be rough cuts or work prints used during production).

As for CBS, it aired two additional fiftieth anniversary specials: “CBS: The First 50 Years” in 1998, focusing solely on CBS television programs since 1948, and “CBS… 50 Years from Television City,” in 2002, celebrating five decades of the production facilities at CBS Television City. Finally in 2003 came “CBS at 75.”

FOX got into the anniversary game in April 2012 with “FOX’s 25th Anniversary Special.”

The DuMont Television Network never had an anniversary special, nor did UPN or The WB. The latter did air a five-hour block of pilot episodes titled “The Night of Favorites and Farewells” on Sunday, September 17th, 2006 marking its 11-year history. Immediately after the special ended, The WB officially ceased to exist, merging with UPN to become The CW–which has yet to broadcast an anniversary special.