Renne Jarrett starred in this short-lived NBC sitcom as the young daughter of the President of the United States of America, who falls in love with a veterinarian played by John Fink. It ran for 17 episodes during the 1970-1971 season.

The President’s Daughter on Your TV

The November 17th, 1969 issue of Broadcasting included Nancy in a list of pilots for potential programs to fill NBC’s 1970-1971 schedule (other sitcom pilots included Arnold’s Closet Review, Cat Ballou, Southern Friend and The Kowboys) [1]. Sidney Sheldon created the show, which would follow the life of the daughter of the President of the United States, and Screen Gems would produce. When NBC announced its 1970-1971 schedule on February 20th, 1970 Nancy had been given the Thursday 9:30-10PM time slot [2].

Nancy‘s competition on Thursday evenings would be The Odd Couple on ABC and The CBS Thursday Movie. The show’s plot was a simple boy-meets-girl tale only in this case the girl’s father was the ruler of the free world. There would be no attempt to string viewers along with a “will they, won’t they” narrative. No, these two young people were in love and there would be a wedding. The humor would supposedly come from the omnipresent Secret Service agents assigned to the First Daughter, constantly interrupting any attempts at alone time.

In a November 1970 interview with The Los Angeles Times, Holm explained that her character was more of a buffer than a chaperon and that the show would be about the relationships between the characters. “At the beginning of the series I didn’t approve of Nancy’s romance at all. It was all right for a weekend visit to Iowa, but I couldn’t see a marriage–not with Nancy’s sophisticated background. But over the weeks the relationships have changed, and I can’t go on being nasty to Uncle Everett once they’re married, so here we all are” [3].

Herb Schlosser, NBC’s West Coast Vice President for Program Development, spoke with The Chicago Tribune‘s Clarence Petersen to explain the network’s fall strategy. Something called “contemporary relevance” was the phrase of the day. (Although President Nixon had two daughters about Nancy’s age in 1970, a comedy about the President’s daughter wasn’t relevant to most viewers.) Nancy, according to Schlosser, would be “an unabashed love story who just happens to be the daughter of the President of the United States” [4].

He acknowledged the fact that the show had a gimmick but insisted it wouldn’t be a focal point. The show would resonate with viewers, said Schlosser, “because there really isn’t an unabashed love story on television, where people kiss because they really love each other. There is room for a series like that” [5]. Regarding Renne Jarrett, Petersen couldn’t help but focus on her looks (he did explain that her name rhymes with “penny forget”). He wrote that she “is very, very pretty” and noted that “her legs are especially good, long and tanned, with a blemish on one calf which only proves that she is real” [6]. 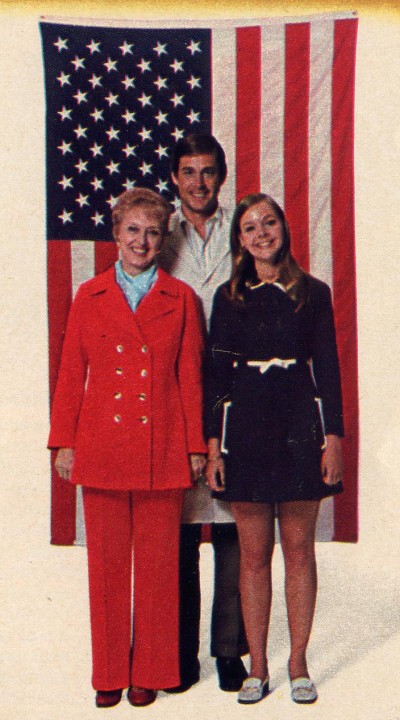 She told him that viewers would smile while watching Nancy. “It’s warm. There’s no laugh track. You’re going to get involved with the characters more than the situations” [7]. After hearing Sidney Sheldon give a speech about Nancy at a party, in which he revealed that in the pilot episode Nancy would be shown a pair of sycamore trees by Adam that had been planted by his father and grandfather (he would plant a third for Nancy), the television critics present — including Petersen — were handed a small pot containing their very own sycamore tree as a memento.

In response to this display Petersen was forced to ask Renne Jarrett, in no uncertain terms, whether the show was really a good one. Her response? “Yes. Just wait and see. I know how it sounds, but believe me it works” [8]. For critics like Petersen, it didn’t.

Eleanor Roberts, reviewing the premiere of Nancy for The Boston Herald-Traveler, wrote that it was “the silliest, most saccharine bit of marshmallow fluff on the air so far” [9]. Nicholas von Hoffman of The Washington Post blasted the series, arguing that “if the networks are going to propagandize this way, there ought to be equal time for reality… Anybody who accepts that view of the White House will coast through life undisturbed by truth in any form” [10]. And Cecil Smith of The Los Angeles Times suggested that the show belongs back in the days of Ozzie and Harriet or The Life of Riley” [11].

Smith did call Renne Jarrett and John Fink “a couple of very attractive young leads,” Celeste Holm and Robert F. Simon a “pair of topflight veteran comedy performers,” and noted that the series opener “was illuminated by some beautiful countryside photography” [12]. He found the dialogue, however, far less illuminating. The Philadelphia Inquirer‘s Harry Harris wrote that the show “has little wit, but lots of warmth” while The Boston Globe‘s Percy Shain called the show “a sure-fire inner” that “oozes with charm, yet never descends into sentimentality” [13]. 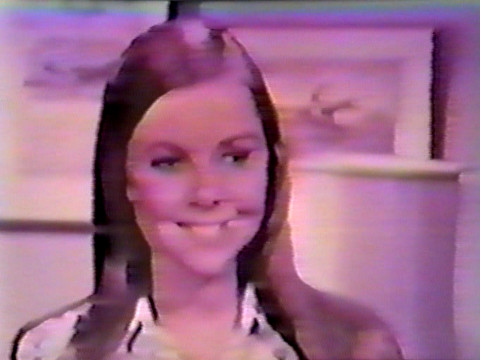 And what about The Chicago Tribune‘s Clarence Petersen? In his review he declared that “you get the very strong feeling from the first episode that nothing about the series just happened. It is more likely that the story was written by a computer, programmed to search for cliches thru every June Allyson movie ever made and every issue of every love story magazine ever published (in the days before the editors discovered sex)” [14].

On September 22nd, Petersen ranked the ten new shows unveiled by CBS and NBC; Nancy was dead last. The show, he wrote, “invoked as many romantic cliches as the writers could shoehorn into a single half hour” [15]. A few days later, on September 27th, Jack Gould did his own analysis of the new season for The New York Times and called Nancy “pure mush” [16]. What was all the fuss about?

Nancy and Adam Sitting in a Tree

Quite a lot happened during the first episode of Nancy. Nancy and Abigail head to Center City, Iowa for a horse show. When one of Nancy’s horses falls sick, veterinarian Adam Hudson comes to the rescue. It’s love at first sight. Adam, of course, hasn’t a clue who Nancy really is and once he finds out he flees. But Nancy manages to get him back and before long he takes her out to the family sycamore grove where his father, grandfather and great-grandfather each planted a new tree after proposing to their lady loves.

Adam has planted his own sycamore tree for Nancy. They’re engaged. Once the press finds out, however, the two find they can’t handle the sheer pressure that comes with being engaged, so they break things off. Both Abigail and Uncle Everett, who were opposed to the relationship, figure after a few days the youngsters will move on. But they don’t. Eventually Uncle Everett comes up with a plan (the same plan he used to fix the relationship between Adam’s parents). 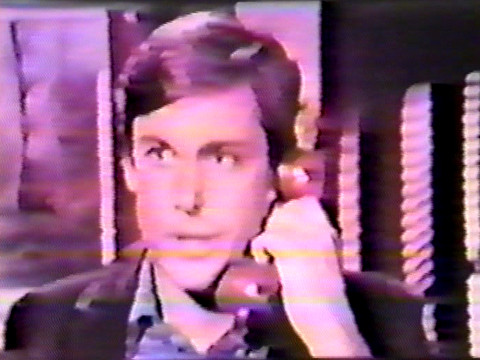 Nancy and Adam are each told that the other has killed the sycamore tree and run into one another at the grove. Before long they’re back together and happier than ever. Later episodes chronicle tumultuous events in the lives of the two. Adam’s job forces him to miss an engagement party thrown by none other than the President himself. Adam can’t afford a nice engagement ring due to a lack of money. Nancy and Adam learn they have nothing in common from a computer. Adam worries that Nancy won’t fit in with his small town friends.

Finally, after weeks of anticipation, the two tied the knot during the November 5th episode, and thus the series could document the drawbacks of married life. The newlyweds can’t go on a fancy honeymoon because of Secret Service concerns. The two move into a farm but it doesn’t have power or any furniture. Nancy has too many First Daughter duties on her plate. Nancy spends too much money decorating Adam’s office and a slew of government agencies attempt to help them out.

In the final episode, broadcast January 7th, 1971, Nancy and Adam take in a stray dog. Had the series continued, it likely would have eventually dealt with a pregnancy. Maybe Uncle Everett would have to come live with his nephew and niece-in-law. Before long it wouldn’t even matter that Nancy was the daughter of the President of the United States, validating Herb Schlosser’s contention that the gimmick underlying the series wasn’t as important as it seemed. It would become a simple comedy about an unabashed love story.

But would that be something viewers would respond to?

The September 17th premiere of Nancy ranked 16th out of 80 weekly programs with a strong 22.1/37 Nielsen rating; The CBS Thursday Night Movie was right behind it in 17th place [17]. The following week Nancy fell to 48th while The CBS Thursday Night Movie rose to 2nd; Nancy did do better than the premiere of ABC’s The Odd Couple, which ranked 73rd [18]. The third episode managed to climb back to 33rd place in the Nielsens [19].

But Nancy just couldn’t compete with The CBS Thursday Night Movie. Although it performed better than ABC’s The Odd Couple it didn’t do well enough for NBC. On November 16th Broadcasting reported that Nancy was likely to be canceled [20]. Clarence Petersen confirmed the cancellation on November 20th [21]. The final episode aired on January 7th, 1971. It was replaced Adam-12, which moved from Saturdays, beginning January 21st (a Bob Hope special aired on January 14th). 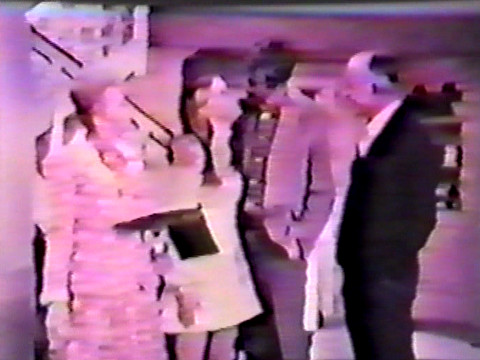 For the record, Nancy handily beat The Odd Couple in the Nielsen ratings with an average 17.7/28 Nielsen rating compared to a 13.3/21 rating (through November 8th) [22]. But ABC moved The Odd Couple to Fridays following the January 21st broadcast (it was replaced by Dan August) and it survived the season, running until 1975. For the 1970-1971 season as a whole The CBS Thursday Night Movie ranked 30th; NBC’s Adam-12 was 12th, despite moving to a new day and time in January.

Obviously, Nancy wasn’t effective counter-programming for The CBS Thursday Night Movie while Adam-12 was. Viewers, at least those watching television at 9:30PM on Thursdays, weren’t interested in an unabashed love story. The gimmick of making Nancy the daughter of the President (and never showing him on screen) may have drawn viewers to the premiere. But it couldn’t keep them watching to see how the series would progress past the gimmick.