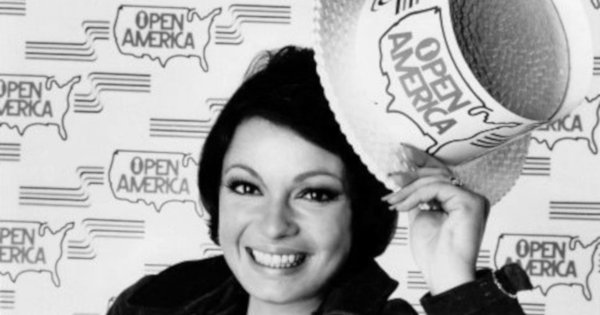 After two failed pilots, Karen Valentine finally got the chance to star in her own sitcom on ABC. It ran for just 13 episodes during the 1974-1975 season.

Karen Valentine won an Emmy in 1970 for her portrayal of teacher Alice Johnson on Room 222 and was nominated again in 1971. The ABC sitcom ran from September 1969 to January 1974, ending midway through its fifth season. Three attempts were made to create a sitcom for Valentine to star in, including one while Room 222 was still on the air.

The first pilot was titled “The Karen Valentine Show” and was under consideration for ABC’s 1973-1974 schedule. In it, Valentine worked as the assistant to the wacky head of a public relations firm. It didn’t sell and Valentine remained with Room 222. The second pilot, “The Karen Valentine Program,” was intended for the 1974-1975 season but also failed to sell. Valentine played a recently divorced woman working at a law firm and trying to move on with her life.

For Valentine, the third time was indeed the charm. In early October 1974, only a few weeks into the 1974-1975 season, The Chicago Tribune reported that a sitcom called Karen (then known as The Karen Valentine Show) was “definite” for mid-season 1975 [1]. Sure enough, when ABC announced its mid-season overhaul on November 13th, Karen was given the Thursday 8:30-9PM time slot [2]. It was set to premiere on January 16th, 1975 following another new sitcom, Hot L Baltimore. 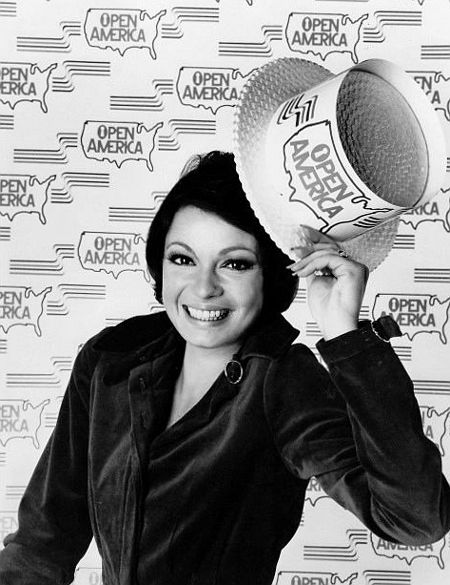 In Karen, Valentine would star as Karen Angelo, a young woman who moves from Sebastopol, California (Valentine’s actual hometown) to Washington, D.C. and finds a job with Open America, a consumer advocacy/lobbyist organization. Rounding out the cast were Denver Pyle as Dale Busch, Karen’s boss at Open Arms; Dena Dietrich as Dena Madison, one of Karen’s co-workers; Aldine King as Cissy Peterson, an FBI agent; and Will Seltzer as Adam Cooperman, an office boy.

Gene Reynolds and Larry Gelbart, the duo responsible for M*A*S*H, created the show with Carl Kleinschmitt. In a December 1974 article in The Los Angeles Times (which gave the start date of the series as January 24th, 1975) the Reynolds and Gelbart explained how the series came to be. Said Gelbart: “It seems quite astonishing that we have series set in Los Angeles, New York, San Francisco, Honolulu, Chicago, even Minneapolis–but none in Washington, which is the center of the whole Western world” [3].

After deciding to set the series in Washington, D.C., Reynolds called Laurence Laurent, television critic for The Washington Post “and asked him what a single girl would be doing in Washington. He said she’d probably be working for one of the government agencies or as a lobbyist” [4]. So, Karen became a lobbyist. Open America was, in the words of Reynolds, “advocating the opening up of government operations for public inspections, no more secret deals, that sort of thing” [5].

On January 8th, 1975, The Chicago Tribune‘s Aaron Gold reported there were problems behind the scenes, with two of the first three scripts being scrapped [6]. He also revealed that Valentine’s Room 222 contract required ABC to broadcast at least thirteen weeks of another show in which she starred. On January 23rd, Gold reported even more problems: Denver Pyle had been replaced by Charles Lane, requiring segments of the five filmed episodes to be reshot, and the premiere had been pushed back to January 30th [7]. According to Gold, “it’s also obvious that ABC brass doesn’t care what happens to Karen because they put it up against the Waltons and the Mac Davis Show” [8].

“In real life,” Valentine told TV Guide, “I’ve always stayed out of politics. I’ve never been oriented in that direction. But in the series, there is a lot of fighting for the little guy by Open America against big bureaucracies. I like that David-and-Goliath aspect of the show, and I think that this format gives me a chance to be dramatic as well as comic” [9].

According to Reynolds, Karen “develops different facets of Karen’s acting ability and has much more range than the Alice Johnson part in Room 222.” He also insisted “we won’t reflect the daily news, but we’ll try to keep the show topical in relation to events in Washington” [10].

When Karen finally premiered on January 30th, critics focused on Karen Valentine’s cuteness. Mary Murphy of The Los Angeles Times called the show “one of the most likable and well assembled series to debut this year” while noting that “whether Valentine can be kept from becoming too cute, which has prevented her from being taken seriously in the past, remains to be seen” [11].

Gary Deeb opened his review by stating that “the sight of Karen Valentine battling nasty politicians is about as believable as the thought of John Davidson engaged in heavy philosophical debate with William Buckley” [12]. After noting that “television hasn’t seen such an absurdity since CBS decided to transform Sandy Duncan into a liberated woman,” Deeb returned to the issue of Valentine’s looks: “Like John Davidson, Karen Valentine’s strongest asset — her cuteness — also is her heaviest liability. She’s perky, wide-eyed, and innocent. And she probably cleans out her dimples with Q-tips. Trouble is, a pretty face can only take you so far, and with Valentine, once she finishes the 8-by-10 there’s nothing left” [13].

The New York Times reviewed Karen in mid-February and called it “really quite witty. A good idea, good writers and a good director got together and had fun. The political humor […] scores consistently. The portrait of the congressman for whom Karen once worked, a sort of John Tunney under three coats of shellac, is marvelous. The problem I’m afraid, is Miss Valentine” [14]. He suggested that “an actress of Diana Rigg’s steely intelligence would be more appropriate in these circumstances” [15].

In April, Burt Prelutsky shared Larry Gelbart’s thoughts on Karen: “We did Karen because the network was anxious to get Karen Valentine on in something, and they asked us to do it. What can I say? We shouldn’t have done it” [16]. Karen was officially cancelled on May 2nd, 1975 when ABC issued its 1975-1976 schedule [17]. A total of 13 episodes were broadcast, the last of which was seen on May 8th. Repeats continued for several weeks.

Later that month Cecil Smith lamented that many of the best shows weren’t going to be returning. He included Karen: “Karen, it seems to me, has the sharpest and brightest dialog on television, but maybe it’s a loser because its sophistication doesn’t really jibe with the Little-Bo-Beep image of Karen Valentine” [18].