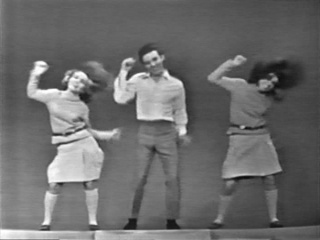 Here’s a commercial for milk (“The Vitality Drink”) featuring Bobby Sherman. It’s an “integrated” commercial that aired during an episode of ABC’s Shindig and was supposed to feel like part of the show rather than a commercial. It’s possible it was shown during numerous episodes. Sherman was a regular performer on the musical variety series.

The commercial was paid for by the American Diary Association, which sponsored Shindig during the 1964-1965 season.