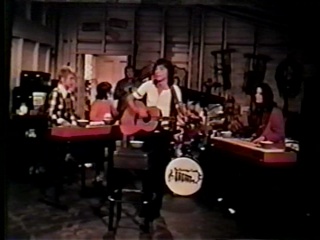 Here’s a commercial for Rice Krispies featuring the cast of The Partridge Family in character. I’m not familiar enough with the series to be able to say whether this was a “sponsor commercial” that was only aired in conjunction with the series or if it was a traditional commercial. Nor can I say if David Cassidy is actually singing during the commercial.

Notice that unlike the rest of the cast, Susan Dey is only in the background, nor do the lyrics don’t mention her character’s name the way they do the others. Brian Forster appears as Chris Partridge in the commercial, meaning it is not from the first season (1970-1971) when Jeremy Gelbwaks played Chris.

6 Replies to “The Partridge Family for Rice Krispies”