I’ve had a few people e-mail me asking about coin operated televisions found in airports or bus terminals in the 1970s and/or 1980s. I can’t say I’ve been all that much help but I have come up with a pair of newspaper articles from 1970 that discuss the contraptions. Unfortunately, the articles — published a month apart — seem to be about two completely different companies producing television chairs.

The first, a June 26th, 1970 article in The Los Angeles Times by Mary B. Murphy, talks about the Tel-a-Chair company, which was a division of something called International Movie Chair, Inc. [1]. At the time, there were roughly 160 Tel-a-Chairs in operation in Southern California, including 49 at the Greyhound Bus Terminal at 6th and Los Angeles that were grossing $4,000 every month. Ten minutes of television time cost 10 cents while a half-hour cost 25 cents [2]. According to the article, the Tel-a-Chair was invented by John R. Rice. Each Tel-a-Chair featured a 9-inch set connected to an apparently very comfortable chair:

“By a sit-in test, the Tel-a-Chairs are more comfortable than anything else in the terminal, unless you happen to fall asleep in one of them. Greyhound spends $5,000 to $6,000 a month for security in its downtown terminal, and besides keeping drunks and rabble-rousers out, one of the guard’s main functions it to remove sleepers from the Tel-a-Chairs.” [3]

Tel-a-Chair franchiser Jerry Mulvaney stated that the company was “anticipating an additional 800 [Tel-a-Chairs] within the next 90 days. These hopefully will be installed in hospitals, Greyhound and Continental Trailways terminals and at International Airport” [4]. And, supposedly, the company was hoping to create an “instant rating system for TV network advertisers” using the Tel-a-Chair, although no specifics were supplied.

In the second article, published on July 26th, 1970 in The New York Times, it was the TV-Chair being tested, this time at the Milwaukee Greyhound bus terminal. According to the article, the TV-Chair was invented by John W. Rich and was manufactured by a company called Plastic Cast Products and distributed by Rich’s Midwest International corporation [5]. The TV-Chair, a fiberglass chairs with its own Panasonic television set, was “installed in some 65 cities from California to Ohio and Florida” [6]. 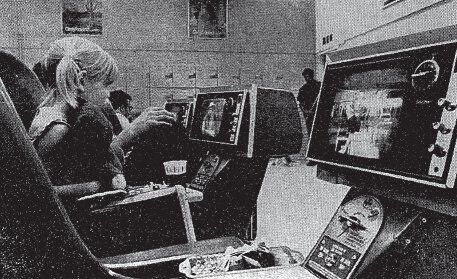 According to the article, “the chairs are rarely empty during rush hours” and have been ingeniously installed:

“The chairs here are arranged back to back so that freeloading viewers are only able to gather beside the sets at the end. Kibitzers are also discouraged because the TV sound comes out of earphones encased in each chair. Each viewer can select his own programs.” [7]

Like the Tel-a-Chair, the main problem hitting the TV-Chair was that it was simply too darn comfortable. “Sometimes I go around and find people asleep in them,” said Milwaukee Greyhound manager Arthur M. Wittman [8]. And like the Tel-a-Chair, ten minutes of television time cost ten cents and a half-hour cost a quarter. The similarities between the two chairs, especially the name of the inventor (John R. Rice and John W. Rich) suggest that the Tel-a-Chair and the TV-Chair were one and the same. Still, the chairs were being tested in very different parts of the country and really, how many ways are there to set up a television set on a chair?

I wish I had more to share about the Tel-a-Chair and the TV-Chair, but I don’t. I found a few other articles that mentioned a generic “coin-operated television set” at airports, the last of which was from 1978, but these two articles were the only ones with specific information.