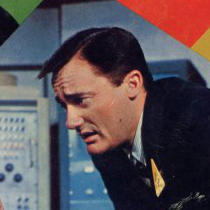 Dr. Serge Oblesk, atomic scientist extraordinaire, is working for THRUSH in Panama on a secret yet no doubt deadly project. Napoleon Solo and Illya Kuryakin are sent to investigate. By using tumbleweed as cover the two are able to sneak up on the building where Dr. Oblesk is holed up. After cutting their way through a wall with a “mini-laser beam torch” the two are shocked to see a tank suddenly smash through an interior wall. 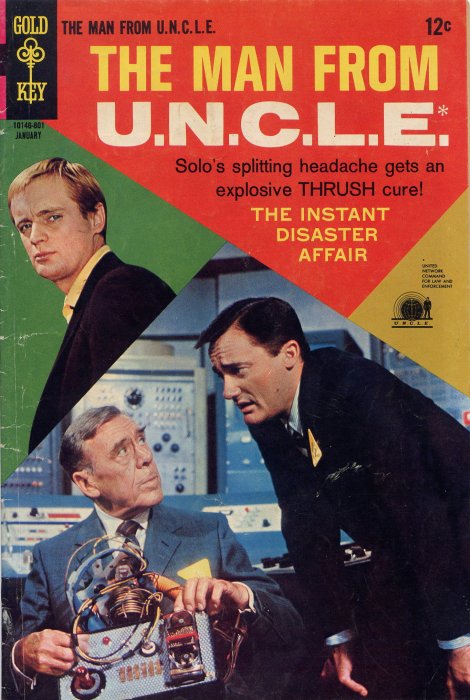 After escaping from THRUSH agents, Napoleon and Illya return to U.N.C.L.E. headquarters. Napoleon had picked up a package of headache powder one of the THRUSH agents dropped. But when he pours it into a glass of water, a sub machine gun pops out of nowhere. Dr. Oblesk has developed a method whereby his “atomicaclytron” turns weapons (pistols, rifles, tanks, boats and planes) into an atomic powder that can be easily smuggled anywhere and quickly reconstituted with a little water.

Napolean and Illya head back to Dr. Oblesk’s Panama lair and kidnap him. They’re quickly caught by THRUSH and imprisoned. Using the springs from their cot and the bars on their window they build a makeshift bow and fire off an arrow (a cot leg) towards a tank of water sitting beside bags of powdered weapons. The water hits the power and mixes it together to form a boat-tank-cannon that soon goes haywire, smashing into the cell where Napoleon and Illya are being kept. They survive but Dr. Oblesk isn’t so lucky. He and his deadly powder machine have been crushed.

Like episodes of The Man from U.N.C.L.E., “The Instant Disaster Affair” is split into acts (only two, though, compared to the five acts per episode). The likenesses are quite good, although both Waverly and Napoleon suffer from elongated faces at times. Also included in issue are a four page backup story called “Jet Dream and Her Stunt-Girl Counterspies,” as well as Gold Key Comics Club News and more.