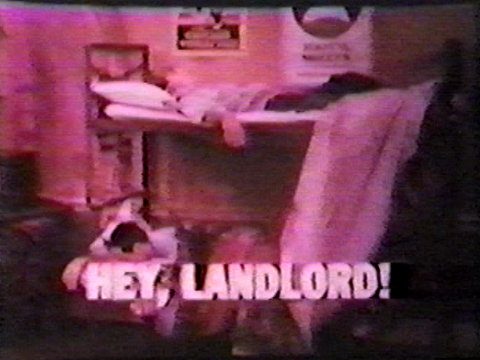 Here’s NBC’s fall preview for its new sitcom Hey, Landlord!, which premiered in September 1966 and was off the air after a single season. Will Hutchins starred as Woody Banner, who inherits an apartment building in Manhattan from his uncle and soon finds himself over his head as landlord. Sandy Baron co-starred as Chuck Hookstratten, a wannabe comedian and Woody’s roommate.