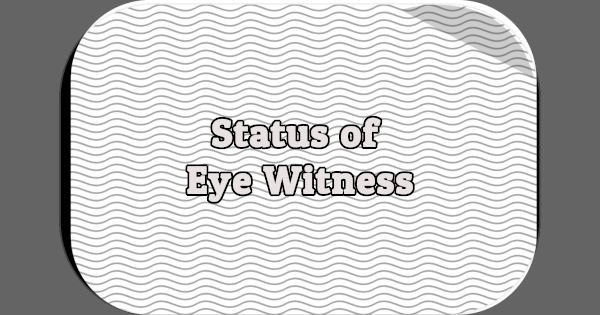 Eye Witness was a half-hour documentary series broadcast in New York City on WNBT between November 1947 and April 1948. Ben Grauer served as host for the series, which was directed by Garry Simpson. The first episode aired on November 6th, 1947 and was broadcast from atop the Empire State Building where WNBT’s transmitter was located. The guest for the premiere was Dr. C. B. Jolliffee, RCA Laboratories Executive Vice President.

It’s unclear exactly how many episodes were broadcast. Eye Witness shows up in television listings published in The New York Times a total of 17 times between November 1947 and April 1948. However, information provided to the Archive of American Television by Garry Simpson states there were 13 episodes.

Only one episode of Eye Witness is known to exist, the February 26th, 1948 broadcast with Dr. Vladimir K. Zworykin. The UCLA Film & Television Archive has a copy of the episode in its collection and in September 2013 it was uploaded to the Internet Archive. Scenes from this episode were included in the third installment of a PBS documentary series called Television (based on an earlier British version) that aired on February 8th, 1988.