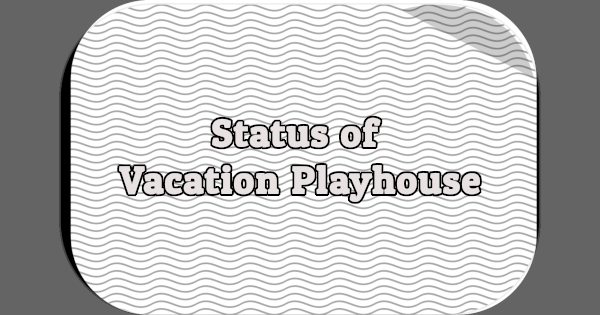 What the status of Vacation Playhouse, which aired each summer from 1963 to 1967 on CBS? The summer replacement showcased unsold pilots. With the exception of 1965, the series aired on Mondays from 8:30-9PM as a replacement for The Lucy Show. In 1965 it ran from 9:30-10PM on Fridays as a replacement for Gomer Pyle, U.S.M.C.. In its last two years on the air the series presented a mix of new pilots and repeats of pilots originally shown during the first three years. In 1966 there were eight new pilots and two repeats; in 1967 five new pilots and four repeats.

Some of the pilots had previously been aired as part of other anthologies. “Graduation Dress,” for example, was broadcast in 1960 on General Electric Theater. Although TV listings at the time noted that these were repeats, for the purpose of this status guide they are considered new episodes of Vacation Playhouse.

As always, just because these specific archives don’t have every episode of Vacation Playhouse that doesn’t mean the pilots are lost or missing.

Read more about Vacation Playhouse in my article Unsold Pilots on Television, 1956-1966.

*These episodes are listed in the UCLA Library Catalog under the series title of Vacation Playhouse.

5 Replies to “Status of Vacation Playhouse”