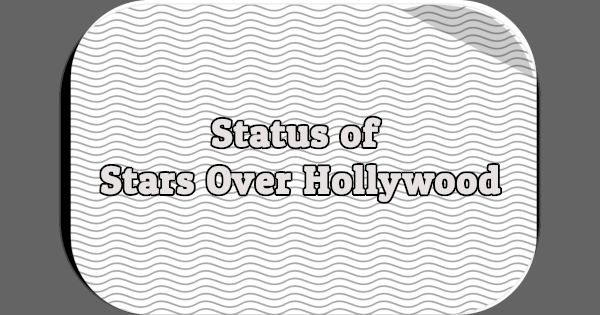 Stars Over Hollywood was a half-hour dramatic series based on the long-running radio program of the same name. It aired on NBC on Wednesdays from 10:30PM to 11PM during the 1950-1951 season. It premiered on September 6th, 1950 and the final new episode was shown on May 16th, 1951. There were apparently 37 episodes produced rather than the standard 39, which seems unusual. The last overall broadcast of the series was a repeat on August 29th, 1951.

The following status guide has been compiled primarily from contemporary television listings in The New York Times as well as several online episode guides, including The Classic TV Archive and the Internet Movie Database. Unfortunately, The New York Times never marked episodes as repeats and only occasionally included episode titles. Both online sources indicate “Girl or Ghost” aired on May 2nd, 1951 while The New York Times has it airing as the third episode of the series on September 20th, 1950. It may have been pre-empted or repeated.

The UCLA Film & Television Archive has two episodes of the series in its collection while The Paley Center for Media has one. Remember: just because specific archives/museums don’t have every episode of Stars Over Hollywood, that doesn’t mean the episodes are lost.

The second episode of the series, “Grady Everett for the People,” was reportedly the first television script sold by Rod Serling. A copy of the episode circulates among private collectors.

6 Replies to “Status of Stars Over Hollywood”