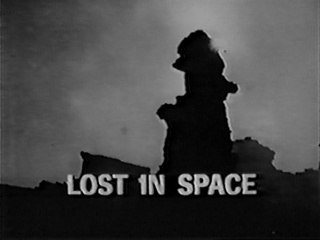 Here’s an early promotional spot for Lost in Space–which premiered in September 1965 on CBS–featuring footage from the unaired pilot episode (“No Place To Hide”). Note the lack of Dr. Smith and The Robot, neither of whom appeared in the unaired pilot. One other difference was the name of the Robinson’s space ship: in the original pilot it was called the Gemini 12. Inthe series, however, it was called the Jupiter 2.

Footage from the original pilot episode was reused in several early episodes of Lost in Space.