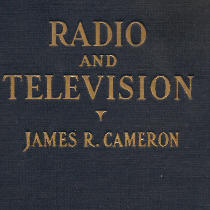 I’ve never tried to review a textbook before and that is pretty much what Radio and Television is. It’s incredibly detailed and filled with technical jargon, diagrams, and equations. I can’t pretend to really understand much of the science discussed with its pages. I recognize a lot of the electrical terminology (voltage, ohm, current, capacitors) but when I come across an equation that involves “calculating the joint resistance of two unequal resistances in parallel” or another that describes how “the electrical charge carried by the condenser varies in proportion to the value of the capacity” I am well and truly lost.

I decided to track down a copy of Radio and Television because I had come across a reference to it in another book that suggested it might have information about early attempts to record television in the late 1920s and early 1930s. There is indeed a photograph of several frames of motion picture film said to be the very first “movie” taken from a television image at General Electric’s experimental TV station in Schenectady, NY. There is no date and I have not come across any further details in the text. There are also four photographs of faces broadcast using John Logie Baird’s Televisor. That’s about it. 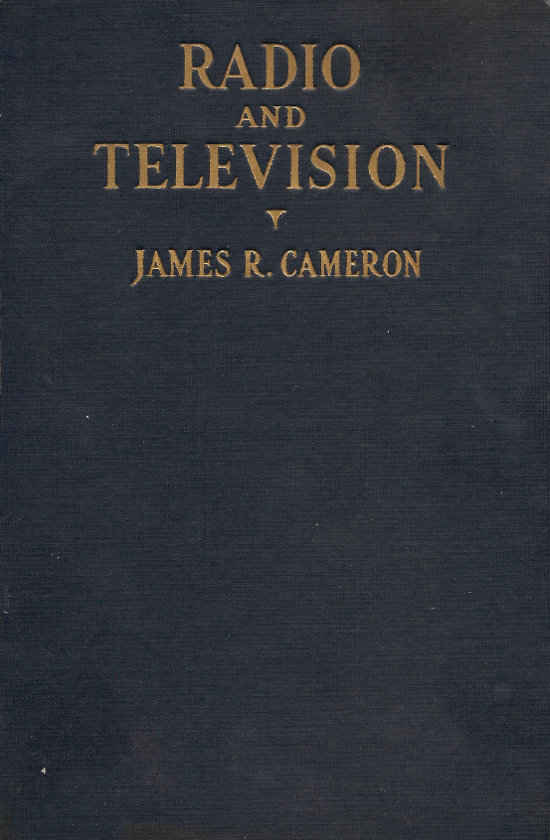 I knew nothing at all about the contents of the book prior to buying it. It was a completely blind buy. I had hoped it would be a historical work, discussing early stations and programming experiments, rather than a technical one. Unfortunately, I was disappointed when my copy arrived and I cracked open Radio and Television.

It does start with an 82-page historical overview of telegraphy, the telephone, radiotelegraphy, radio, sound motion pictures, and television but it is very detailed and frankly makes for very dull reading. Next is a section on the fundamentals of radio communication, which is followed by sections on aerials, radio and television electricity, voltage, vacuum tubes, tube constants, power amplification, the photo-electric cell, methods of securing grid bias, electric motors, and the microphone, to name just a few.

The section on practical television starts on page 417 and lasts just 14 pages. Later sections are related to television: persistence of vision, light, reflection of light, theory of image formation, virtual and real images, two-way television, synchronization, motion pictures by television, and television reception with the superheterodyne. There are quite a number of pictures of pieces of equipment but nothing about content or programming. That is not what this book is about.

To be fair, as historical object Radio and Television is fascinating. There are many people who probably have no idea that TV was even an idea in 1933, let alone an experimental reality, and yet here is a hefty tome that discusses the latest advances in television, primitive as they may seem now. As a technical text it may be of use to someone, although I’m not quite sure who.

Curiously, while Radio and Television does include an index there is no table of contents which makes it very difficult to find anything. There is also no copyright date printed anywhere in the book. It was definitely published in 1933, however, because it is included in the Catalog of Copyright Entries. New Series: 1933, Part 1 from the Copyright Office of the Library of Congress. My copy does not have a dust jacket and it is possible that if it was in fact sold with a dust jacket the copyright date may have been included there. There are a few advertisements in the index, all for other books by Cameron.

Whoever John C. Cameron was, he was obviously quite intelligent. There is a list of 12 other books written by Cameron, including Servicing Sound Motion Picture Equipment, Questions & Answers Sound Motion Pictures, and Motors and Motor Generators. It is unclear if he was connected to the Cameron Publishing Company.