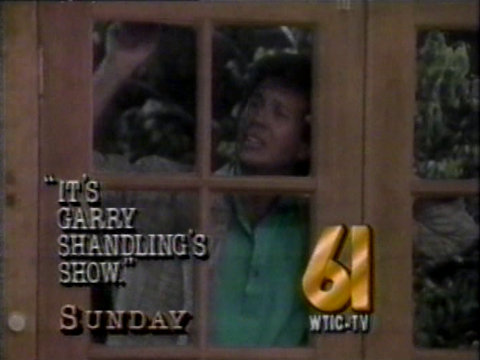 Comedian Garry Shandling died today at the age of 66. I remembered seeing a behind the scenes promotional spot for his sitcom It’s Garry Shandling’s Show on an old VHS tape and decided to dig it out and post it.

The series premiered on cable channel Showtime in September 1986. Edited repeats started airing on FOX in March 1988, part of the fledgling network’s Sunday lineup. It remained on FOX until March 1990. New episodes continued to be seen on Showtime until May 1990.

This particular spot aired during the summer of 1988.