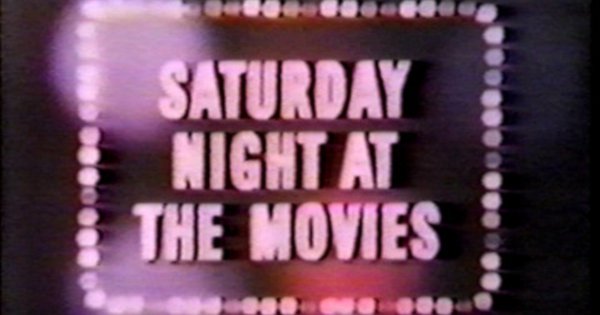 I remember the NBC Saturday Night at the Movies starting with rolling footlights. The announcer would begin by saying. “N.B.C. presents, Saturday Night at the Movies, which brings you the finest in recent film, entertainment…” (ie.) “Tonight, Colossus: The Forbin Project: Starring Eric Braden and Susan Clark.” (I have asked NBC what happened to that trailer, and they are clueless?) At 11 years old, I did record it onto cassette tape, and the theme was done by Composer: Skitch Henderson (ASCAP). Anyway, my question is? Is there anyplace on the world wide web, that you can get a clip of the opening narration? I’m 61, and have been searching since 21. Any help would be appreciated?
Cristopher

I hadn’t planned on turning this question into a post but then my e-mail was bounced back so I’m hoping Cristopher sees this post. Never let it be said I don’t go to great lengths to make sure questions get answered. I was able to track down an MP3 of the NBC Saturday Night at the Movies opening theme/narration–for the movie Help! starring The Beatles–at the website of sound technician Eddie Ciletti. Help! first aired on NBC Saturday Night at the Movies on October 12th, 1968 and was repeated on December 27th, 1969.

The second version started in the mid-1960s and was used until 1971 or 1972 (I think). It’s this version that Cristopher remembers. The best I can do is offer this still from the 1966 NBC fall preview special:

The earliest version of the opening on YouTube is from 1972. I can’t believe that either of the NBC Saturday Night at The Movies openings from the 1960s are truly lost. They may be unavailable online but hopefully the original film elements exist somewhere. It was a movie series, so it wasn’t syndicated, but that doesn’t mean there aren’t 16mm prints floating around (or even 2″ quad tapes). However, there were no VCRs in the 1960s so of course there are no home video recordings circulating. Audio recordings exist because reel-to-reel audio recorders were available in the 1960s.

(The Paley Center for Media has in its collection five minutes of “various opening titles only” from NBC Saturday Night at the Movies, dated 1976. Whether this is a compilation of opening titles from that year or from the series as a whole is unknown.)

12 Replies to “Q & A: Is The NBC Saturday Night at The Movies Opening Online?”