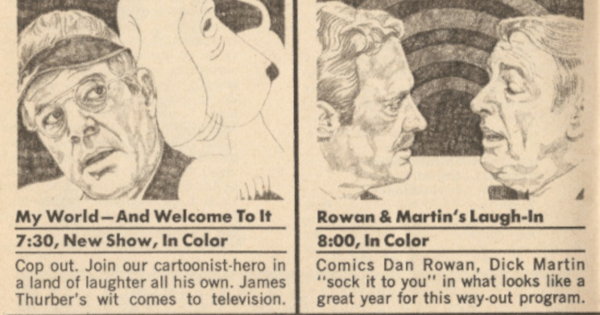 Here’s an NBC TV Guide ad from September 1969 promoting the network’s Monday lineup consisting of My World and Welcome to It, Rowan & Martin’s Laugh-In, and NBC Monday Night at the Movies: 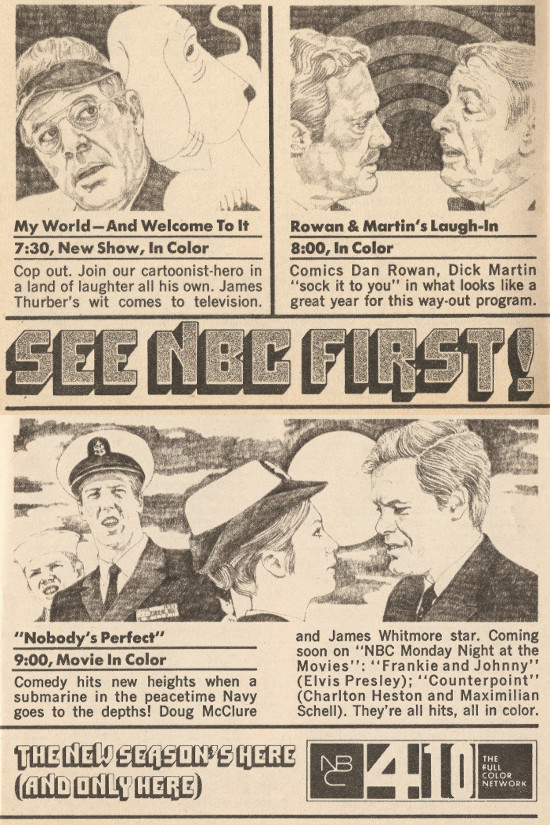 This may look like a full-page advertisement but you’re actually looking at a pair of half-page ads that ran on two pages. I stuck them together so they’d fit better online.

NBC debuted its new Monday lineup on September 15th, 1969. Kicking things off at 7:30PM was the series premiere of My World and Welcome to It, a new sitcom based on the work of James Thurber that starred William Windom. It was followed at 8PM by the third season premiere of Rowan & Martin’s Laugh-In. Then at 9PM came the season premiere of NBC Monday Night at the Movies with Nobody’s Perfect, a 1968 comedy.

My World and Welcome To It was cancelled at the end of the 1969-1970 season, making it a one season wonder.