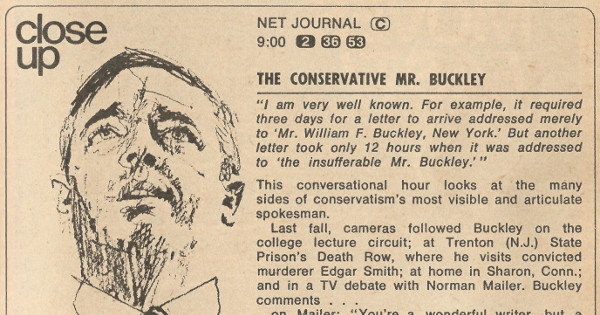 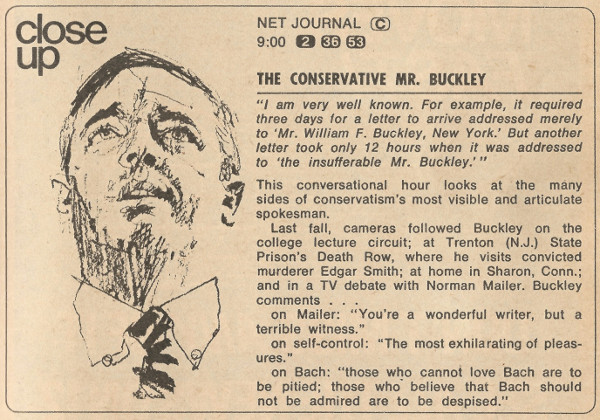 Although the Close-Up doesn’t mention it, this was a repeat of an NET Journal episode that originally aired in November 1969. The repeat aired on Monday, September 14th, 1970 from 9-10PM ET–or at least it did on the stations listed in the ad. NET Journal likely aired on many different days and at many different times on various NET affiliates.

Less than a month after this repeat was broadcast, NET ceased operating as a network, making way for PBS.

This particular Close-Up is from the Eastern New England Edition of TV Guide. Channel 2 was WGBH-TV in Boston, MA; Channel 36 was WSBE-TV in Providence, RI; Channel 53 was WEDN in Norwich, CT.