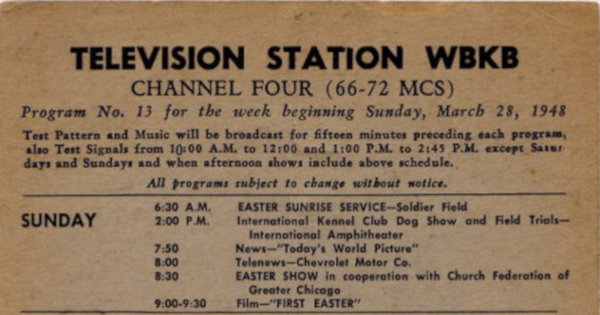 Front of a 1948 WBKB Schedule Card

The first of these cards (Program No. 13) was for the week beginning Sunday, March 28th, 1948 and ending Saturday, April 3rd, 1948. Three of the programs listed–Chicago Television Showcase, Jane Foster Comes Home to Call and Junior Jamboree–premiered in October 1947 “in an effort to liven afternoon looking for women and children” [1].

Junior Jamboree, of course, was the first stomping ground of what would soon become Kukla, Fran and Ollie. Interestingly, a January 1948 card (which can be seen here) does list the show as Kukla, Fran and Ollie. Chicago Television Showcase was a talent show for local Chicago performers and Jane Foster Comes Home to Call was an instructional cooking program. 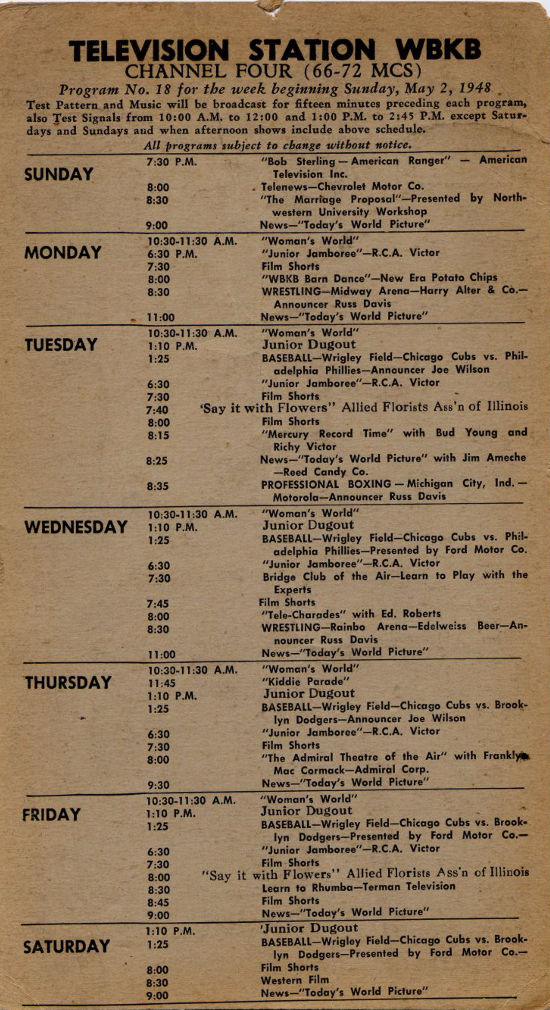 Tele-Charades was, as the name suggests, a televised charades program, hosted by Ed Roberts.