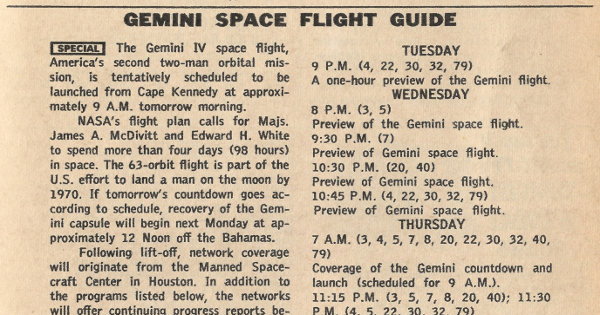 Here’s a TV Guide Close-Up from May 1965 promoting coverage of the Gemini 4 (or Gemini IV) space flight on all three networks: 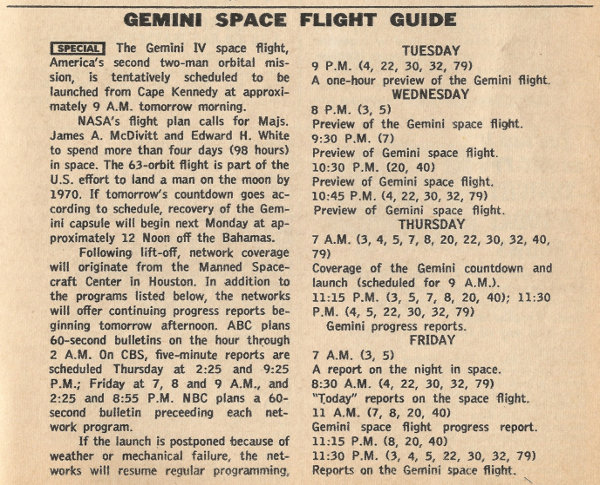