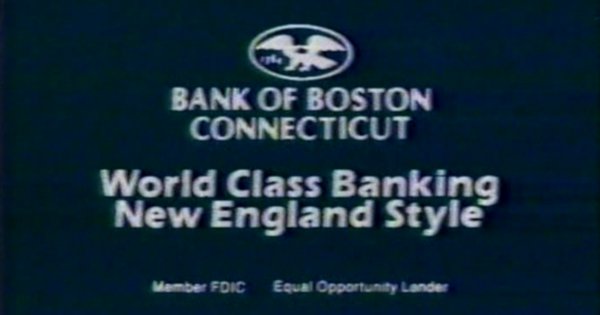 Waterbury-based Colonial Bank became Bank of Boston Connecticut in September 1986 when it took on the name of its new parent company, Bank of Boston. It was later known as BankBoston following a 1997 merger, Fleet National Bank after a 2000 merger, and finally became Bank of America in 2005. This commercial, from October 1986, introduces the new “world class bank” to potential customers.