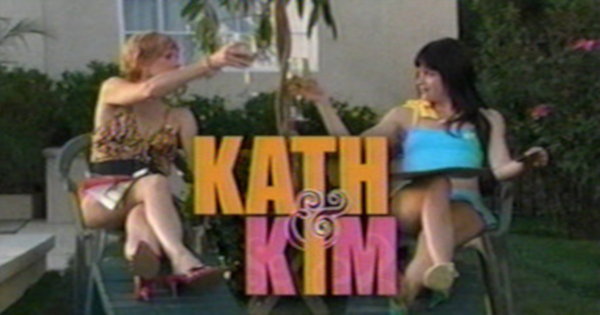 Let’s Remember is an opportunity for those who watched relatively recent short-lived TV shows, as well as those who didn’t, to share their thoughts and memories, to help ensure that these shows aren’t forgotten. This month’s column examines Kath & Kim (NBC, 2008-2009).

From the official NBC website for Kath & Kim (via the Wayback Machine):

“Kath & Kim” focuses on Kath (Shannon), a cheerful, foxy, forty-something and her self-absorbed daughter, Kim (Blair), who have the love/hate, push/pull dysfunctional relationship that only a mother and daughter could share.

Michael Nader (“King of Queens”) is executive producer and writer of the series. Original series creators and stars Gina Riley and Jane Turner serve as executive producers of the new series along with Rick McKenna and Nader. The series is a production from Reveille for Universal Media Studios.

-NBC picked up Kath & Kim for a full 22-episode season in October 2008. But in January 2009, the network reduced the order to 17 episodes due to low ratings.

My copy of TV Guide‘s 2008 Fall Preview issue is missing from my collection, so I can’t share how the magazine reviewed Kath & Kim.

I have to confess two things right away. First, I haven’t seen the original Australian sitcom, so I can’t compare it to NBC’s version. Second, although I watched all 17 episodes, I remember almost nothing about the series. I do know I enjoying watching it. I may have been one of the only viewers who did.

Most of the reviews I found were incredibly negative, with the notable exception of Tom Shales (writing for The Washington Post). He apparently enjoyed watching Kath & Kim as much as I did. Unfortunately, because I don’t remember any details about the show, I can’t explain exactly why I enjoyed it so much.

I didn’t discover until I’d finished the bulk of this column that Kath & Kim is available on DVD. Because I don’t own the DVD set, I wasn’t able to rewatch any episodes. I did pull out my VHS tape with the “NBC Primetime Preview” special from 2008 on it. To be honest, watching the preview of Kath & Kim didn’t jog my memory much. I recall Kim being hilariously bratty and self-absorbed but that’s about it.

The show only went off the air eight years ago and already my memories of the show are practically nonexistent.

If I’d known the series is available on DVD before I finished putting the bulk of this column together, I may have decided to write about a different show. The simple fact that Kath & Kim can be purchased on DVD today hopefully means it won’t be as forgotten in 20 or 30 years as similiar shows that were never released commercially. Even if few people own it on DVD, there will hopefully still be sets floating around for decades to come.

Universal released Kath & Kim on DVD in July 2009. The 2-disc set includes deleted scenes, a gag reel, and multiple commentaries. In the past, the series could also purchased through iTunes and Amazon Video. It is not streaming anywhere.

Hit the comments with your thoughts and memories to ensure Kath & Kim doesn’t slip into total obscurity.