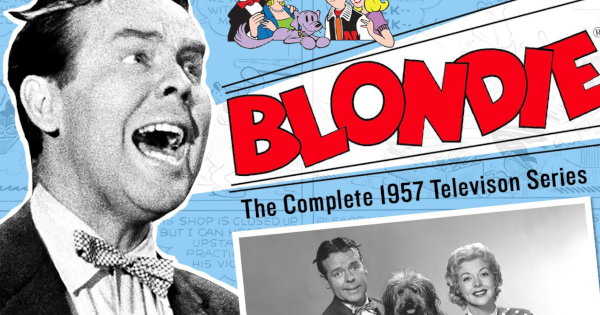 ClassixFlix will release forgotten sitcom Blondie (NBC, 1957) on DVD on September 18th. Based on the popular and long-running comic strip of the same name, the show starred Arthur Lake as Dagwood and Pamela Britton as Blondie. Lake earlier played Dagwood in a series of 28 films released between 1938 and 1950. The 4-disc set will include all 26 black-and-white episodes, newly transferred from the original 35mm elements.

If you pre-order through the ClassixFlix Shop, your copy will be autographed by Stuffy Singer, who played Alexander on the show. The pre-order price is currently $27.99, $12 lower than the suggested retail price.