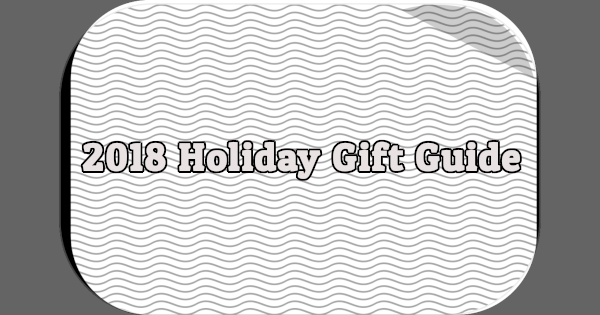 It’s that time again, time to start thinking about buying gifts for friends and loved ones. If you’re searching for the perfect present for someone who loves forgotten or obscure television, my 2018 Holiday Gift Guide will give you plenty of ideas. You’ll find DVDs, books, and even collections of reprinted TV tie-in comics.

My focus here is on rare and short-lived TV shows, so you won’t find iconic shows like Star Trek, I Love Lucy, Bonanza, or The Dick Van Dyke Show. But items related to those shows are always fine gift options for a classic TV lover.

New to DVD in 2018: Recent Obscurities

Dozens of other one season wonders and short-lived TV shows from the 1950s through the 1970s (and beyond) are available on DVD. I’ve curated a selection and even grouped them into categories for your convenience. I’ve been working slowly through the first season of The Rebel and it is quite well done. It’s About Time is ideal for anyone who enjoys Gilligan’s Island. If you’re looking for a family friendly TV show, The Life and Times of Grizzly Adams is a good option. Decoy is very popular with visitors to Television Obscurities, as is the first season of The Defenders.

I’ve been a science-fiction fanatic my entire life. I’ve watched almost every network sci-fi show since the mid-to-late 1990s. Earth 2 (NBC, 1994-1995) is one of my favorite TV shows of all time. I rewatched Jericho this year. The first season is incredible but the brief second season isn’t nearly as good. Cleopatra 2525 is silly but a lot of fun.

Unfortunately, gift options for high definition classic TV enthusiasts are few and far between. Only a handful of short-lived TV shows are available on Blu-ray. It’s rare for one season wonders from the past decade to get a Blu-ray release. rarely released on Blu-ray. Fortunately, there are some options.

Just this month, one season wonder The Time Tunnel (ABC, 1966-1967) came out on Blu-ray. The 1954-1955 CBS sitcom version of The Honeymooners (aka “The Classic 39”) is available on Blu-ray. So are Battlestar Galactica (ABC, 1979-1980) and Galactica 1980 (ABC, 1980). Buy the Definitive Collection if you’re looking for the original full screen episodes (alongside widescreen versions). The cheaper Remastered Collection only includes the widescreen episodes. Both seasons of The Californians (NBC, 1957-1959) are available on Blu-ray.

Blu-ray releases for beloved classic TV shows are uncommon as well. Star Trek, The Dick Van Dyke Show, and The Twilight Zone have are available on Blu-ray in their entirety. But only the first two seasons of I Love Lucy and just the first season The Andy Griffith Show made it to Blu-ray.

Unfortunately, most of the books I’ve reviewed here at Television Obscurities are out of print. Even the ninth (and final) edition of The Complete Directory to Prime Time Network and Cable TV Shows, 1946-Present from 2007 is only available used. However, a Kindle version is available.

Likewise, Lee Goldberg’s two-volume Unsold Television Pilots is no longer available new. In 2015, Goldberg published a new version but not a revised edition. It covers more than two thousand unsold pilots from 1955 through 1989.

Hermes Press has republished comic books based on Dark Shadows, Buck Rogers in the 25th Century, Land of the Giants, My Favorite Martian, The Time Tunnel, and Voyage to the Bottom of the Sea. Many of these reprinted volumes are only available used through Amazon. Some may still be available new at the Hermes Print website.