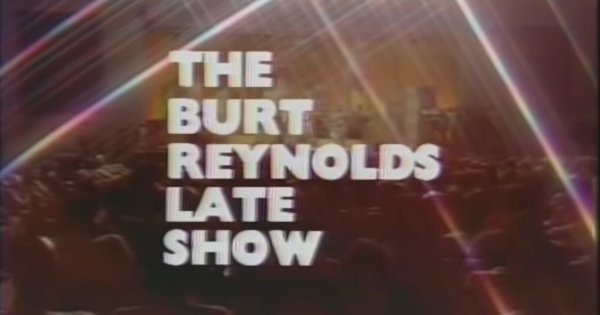 I remember reading a magazine article from the mid-70s about Burt Reynolds hosting a TV special. It said the special was part of a monthly series of specials hosted by Reynolds. I’ve never found anything else about these series of specials. What were they, if they ever aired?
Alvaro

Burt Reynolds hosted at least four late night specials for NBC during the 1973-1974 season, under the title The Burt Reynolds Late Show. They aired in place of repeats of The Tonight Show from 11:30PM-1AM on Saturdays.

There may have been six total but I have only found information on four:

Two incomplete episodes (“Burt Reynolds at Leavenworth Penitentiary” and “Burt and the Ladies”) have been uploaded to YouTube:

Back in the summer of 1964 (maybe 1963) I saw a pilot for a series called The 11th Hour. It was about a group of scientists and other experts who fought against alien and other supernatural threats. It never matured into a series. Is there any other information about it? Thanks!
Steve

I couldn’t find any information about an unsold pilot called “The 11th Hour” from 1963 or 1964. There was a TV series on CBS from 1962 to 1964 called The Eleventh Hour but it was a medical drama about psychiatrists.

This is a long shot but in early 1964, when NBC was working on its schedule for the 1964-1965 season, a supernatural drama pilot called “The 13th Gate” (or “The Thirteenth Gate”) was tentatively given the 7:30-8:30PM time slot on Thursdays. It was later dropped in favor of Daniel Boone starring Fess Parker.

Jeremy Slate guest starred as an astronaut who returns to Earth after encountering radio trouble while in space. The SDI must determine if it was equipment failure or something more nefarious. The astronaut seems healthy but there’s something not quite right with him.

Is it possible this is the unsold pilot Steve remembers? NBC aired it on July 20th, 1965 as an installment of a dramatic anthology series called Cloak of Mystery.

Did you remember watching The Burt Reynolds Late Show on NBC during the 1973-1974 season? Does “The 13th Gate” sound like an interesting idea for a TV show? Hit the comments with your memories and thoughts.