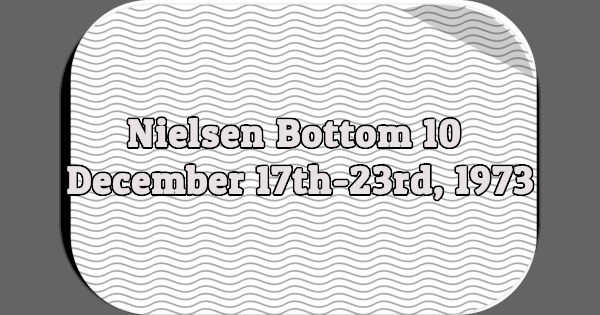 This is will be my final weekly Bottom 10 post from the 1973-1974 season. I only have the full ratings charts for the first 15 weeks of the season. Either The Los Angeles Times stopped publishing them or I couldn’t find them years ago when I had access to historical issues of the newspaper through a library database.