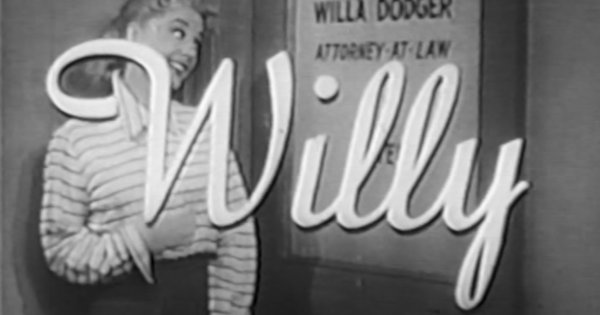 When the show debuted, it was set in a small New Hampshire town but low ratings led to changes at mid-season. Willy moved to New York City, taking her family with her but leaving her boyfriend behind.

General Mills dropped its sponsorship of Willy near the end of the 1954-1955 season. Production ended after 39 episodes. Learn more about this obscure one season wonder by reading my article about the show.