From Book To Film To Television

In April 1960, Random House published Richard Frede’s novel The Interns, which followed the intertwining personal and professional lives of a group of interns at New North Hospital as they fought to save lives and stay sane. A film adaptation starring Michael Callan and Cliff Robertson and directed by David Swift was released in August 1962. A sequel, The New Interns, was released in June 1964. Several cast members from the first movie returned for the second. Both were produced by Robert Cohn Productions and distributed by Columbia Pictures.

The Interns made its television debut on Thursday, March 10th, 1966 on CBS; The New Interns was broadcast by ABC on Sunday, November 12th, 1967. Joyce Haber reported in a September 19th, 1968 article in The Los Angeles Times that Screen Gems was planning on adapting two feature films for television, both of which had been directed by David Swift: Under the Yum-Yum Tree and The Interns (Haber gave the title of the latter as The Young Interns) [1]. An “Under The Yum-Yum Tree” pilot from Screen Gems was filmed but went unsold and was broadcast by ABC on September 2nd, 1969. It would take a little longer for The Interns to translate to the small screen.

On November 17th, 1969 Broadcasting published a list of the comedy and drama pilots under consideration by the networks for the 1970-1971 season. An hour-long drama pilot for “The Interns” was one of the ten pilots CBS was looking at (others including “Crisis Clinic,” “The Mary Tyler Moore Show,” “The Pursuer,” “Lady Broker” and “The Storefront Lawyers”). Screen Gems would produce the pilot which was developed for television by William Blinn and Bob Claver [2]. When CBS announced its 1970-1971 fall schedule on February 19th, 1970 The Interns had been given the 7:30-8:30PM time slot on Fridays, replacing Get Smart and The Good Guys [3].

The closing credits to the series noted it was based upon Richard Frede’s novel and adapted from the movie. But the series had very little in common with either the novel or the movie. The series was set in Los Angeles, like the movie, while the original novel took place in New York. The hospital in all three versions was the same: New North Hospital. But none of the characters in the series were in either novel or the movie.

The Doctors Of The Interns

The Interns starred Broderick Crawford as Dr. Peter Goldstone, chief of staff at New North Hospital, a large metropolitan medical complex. In the premiere episode, he considers quitting but eventually decides to stay on. Crawford explained that he took the role because he “liked the script and there were six kids knocking their browns out in the show, so I thought it couldn’t be too tough” [4]. But it was.

“It’s more work now. You’ve got to keep too many people happy–CBS, the sponsor, and the people. You get a script now and you wait for the changes. After the censor get it, it’s five days before you shoot. In the old days, no one drove you out of your mind. But still, I love to act. I like the series and I hope I entertain a few people. I have fun–life’s been a ball for me” [5].

The 1970-1971 season saw the network’s striving to attract younger viewers. The word of the moment was “reality” and The Interns was just one of many new shows attempting to be relevant and contemporary. CBS had two problems coming out of the 1969-1970 season: the network ranked second in the Nielsen ratings (behind NBC) and executives were beginning to worry about its reliance on rural programming [6].

Of the CBS schedule for the 1970-1971 season, Cecil Smith wrote in The Los Angeles Times on February 21st that “the emphasis at CBS seemed to be on contemporary urban drama to counteract the network’s rube-tube image of recent years” [7]. Jack Gould, in a March 1st article for The New York Times, noted that the networks and advertisers were focusing on the 18-49 demographic. He also explained that CBS president Robert D. Wood felt “TV’s major mission in the coming years is to give a better reflection of the contemporary scene in urban centers” [8]. 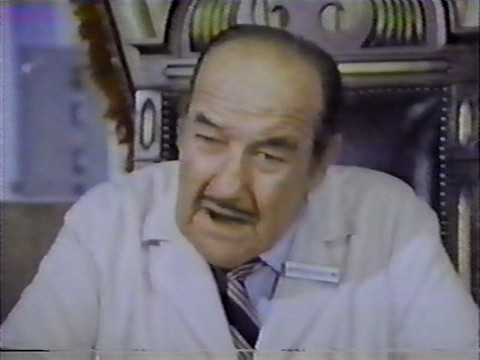 In a February 24th article, Smith wondered why CBS was scheduling two of its “strongest dramatic efforts” at an early hour. “Traditionally,” Smith wrote, “drama, if it had any guts at all, was slotted late at night, usually at 10 p.m.” [9]. But CBS planned to air The Interns at 7:30PM on Fridays and another new drama series called The Storefront Lawyers at 7:30PM on Wednesdays. And a third series, Mission: Impossible, was being shifted to 7:30PM on Saturdays for the 1970-1971 season where it would compete with The Andy Williams Show on NBC.

Smith called 7:30PM “kiddie time” when children controlled television. Why was CBS scheduling its new, powerful, socially relevant dramas at a time when the youngest demographic with the least amount of buying power was calling the shots?

In early March, CBS held a press conference for television critics in which producers for several of its new fall shows spoke about how “reality and social awareness” would be addressed. Regarding The Interns, executive producer Bob Claver explained that the characters would be “in the establishment but trying to change it from within” while at the same time living their own lives [10]. “They’ll all be self-centered people like everyone else” who “just happen to be interns” and, he stressed, “there will be no scene in which the old doctor tells the young doctor what’s wrong with the world” [11].

Critics Not Fond Of These Interns

Television critics were invited to Los Angeles in early June by CBS for press interviews only to instead screen episodes Arnie, The Storefront Lawyers and The Interns. Clarence Petersen revealed that CBS had asked the critics not to review any specifics about the episodes because they were rough cuts that might be pilot episodes or might not [12]. Petersen was not impressed with the episode of The Interns that was shown:

[The Interns] is pretty much like all the other doctor shows except maybe a bit more relevant because the doctors are a bit more hip. They are dedicated after the fashion of Ben Casey, of course, but unlike Ben, they also smile and laugh. In one scene, moreover, they all run down the street, as if they were doing a Pepsi commercial or auditioning for Mod Squad, but they aren’t. They are trying to catch a bearded orderly who has slipped poison to a dying patient who wanted to end it quickly. [13]

A second plot, he said, involved Broderick Crawford’s character “giving lots of tough and wise and terse, mainly terse, advice to the younger doctors” [14]. The problem with the episode, Petersen felt, was that it “could have been written by a computer” and was “conceived as glib, fashionable, and predictable TV drama, which is not real drama at all, but inadvertent comedy” [15]. He also wrote negatively about The Storefront Lawyers while praising Arnie.

When it came time for critics to review the premiere episode, broadcast on Friday, September 18th, they were not kind. Jack Gould of The New York Times called it “one more hospital drama of scant distinction” [6]. The Boston Globe‘s Percy Shain wrote that it” limped into view with an untidy mess about stolen drugs, a false accusation, a black-monk confrontation, a go-go dancerâ€™s disruption of routine and various other heroics woven into a pattern that leaked at every point.” And Morton Moss of the Los Angeles Herald-Examiner stated that “we felt no temptation to think we hadn’t seen it all before.”

And Clarence Petersen? If anything, he was even more brutal this time around:

One kind review came courtesy of Don Page in The Los Angeles Times who wrote “everything about The Interns looks favorable. Young people, good production, heavy scripts. Lots of grief” (he also explained the formula behind the series: “the best of Dr. Kildare, a dose of Ben Casey and an injection of Peyton Place”) [18].

Each episode of The Interns featured multiple story lines. In the premiere, for example, in addition to the plot point concerning Dr. Goldstone thinking about quitting, there were also two medical stories: Dr. Barrin worked with a Southern monk who hasn’t had much interaction with African-Americans while a friend of Dr. Pettit’s, upon learning that he had only months to live, convinced an orderly to let him overdose. Furthermore, Dr. Hardin’s girlfriend, a go-go dancer played by Sherry Jackson, had a painful bone spur.

The series attempted to tackle serious issues, including abortion, drugs, rioting, mental illness and doping. Several episodes involved story lines focusing on Dr. Marsh’s marriage. In one, a jealous husband files for divorce after assuming his wife is having an affair with Marsh. In another, Marsh must set his personal life aside and treat the man who attacked Bobbe. Basically, Marsh had rotten luck. He saves a life and a murderer nearly kills him and Bobbe. He comes down with the bubonic plague. He goes on a walkabout after a teenage girl dies of an overdose. A librarian with two personalities falls in love with Marsh and he is suspected of fathering her child. 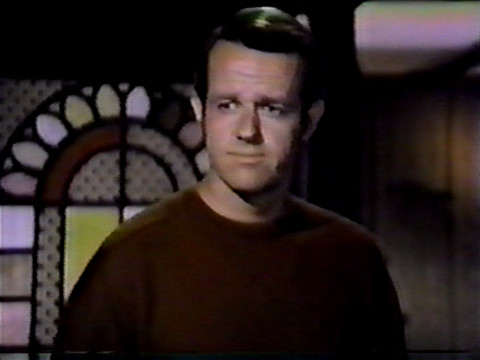 To be fair, Marsh wasn’t the only doctor with problems. Dr. Pettit is in an car accident and must both fight to keep the injured alive and somehow get help; Dr. Thorpe must contend with a sexist surgeon; Dr. Hardin is accused of murder after drinking spiked punch at a party (he can’t remember anything); Dr. Barrin is injured in a bombing; Dr. Pettit is forced to amputate a man’s hand only to discover he’s a champion billiards player; Dr. Thorpe has to chose between her career and her fiance; Dr. Pettit finds himself in the midst of a riot at a a prison; Dr. Goldstone is attacked by a man in need of dialysis; Dr. Hardin won’t believe a sick girl is a heroin addict (until she runs away).

Additionally, there were several lawsuits filed against the doctors (one from the aforementioned billiards player, another from a clown who hurts herself on hospital property and later believes her injury was made worse by one of the doctors).

The first episode of The Interns ranked 45th out of 80 programs; other new shows fared little better, leading Clarence Petersen to declare that “it does not look like a very good year” for relevance [19]. Its first eight episodes averaged a 15.4/30 Nielsen rating, the second-lowest of the new CBS programs (only The Tim Conway Comedy Hour performed worse; it was canceled in November, going off the air in mid-December) [20].

The series did well enough for CBS to pick it up for the remainder of the 1970-1971 season, however, but that was it. CBS cancelled the series on March 16th, 1971. It was one of fourteen shows the network dropped [21]. The last first-run episode aired on March 26th; the final repeat on September 3rd. A total of 24 episodes were produced.

Episodes of The Interns later aired on cable channel Nostalgia Television in the early 1990s.

8 Replies to “The Interns”