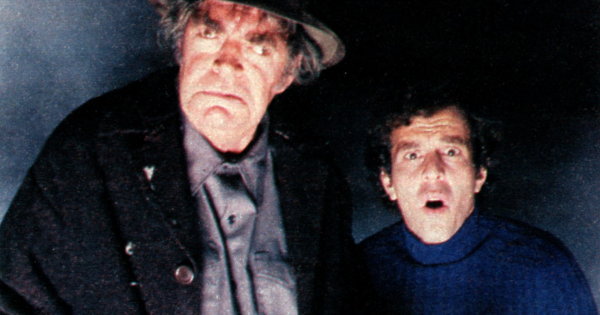 CBS yanked this sitcom from its schedule just weeks into the 1979-1980 season but refused to officially call it cancelled. The network only aired three of the 13 completed episodes.

“Struck By Lightning” was one of 45 pilots CBS had to pick from when building its 1979-1980 schedule, which needed to include strong 8PM shows that could effectively draw younger viewers away from first-place network ABC. Said B. Donald Brant, CBS Entertainment Vice President of Programs, “it’s tough to turn around a night when they start with an audience as strong as they get with Happy Days and Mork and Mindy” [1].

The sitcom, produced by Arthur Fellows and Terry Keegan for Paramount Television in association with their company Fellows/Keegan Productions, was picked up by CBS for the fall but wasn’t one of the new shows given an 8PM time slot. Instead, it was slotted in the 8:30-9PM time slot on Saturdays, following returning series The Bad News Bears, which had debuted as a mid-season replacement in March 1979. Struck By Lightning would compete with Detective School on ABC and the second half of CHiPs on NBC. It would be followed by two more new shows: Big Shamus, Little Shamus from 9-10PM and Paris from 10-11PM.

Les Brown of The New York Times called the CBS strategy for the upcoming season as “strength in pillars,” referring to the network’s decision to keep its strong nights intact to support the entire week. However, that left the bulk of its new shows to fend for themselves. The new shows scheduled during the 8PM hour on Tuesday and Wednesday would have no lead-in support and would face strong competition. And the three new Saturday shows had only “moderately successful” The Bad News Bears to bring in viewers [2].

The premise of Struck By Lightning was simple. A Boston high school science teacher named Ted Stein (played by Jeffrey Kramer) inherited the Brightwater Inn in Maine from his grandfather and immediately wanted to sell. The caretaker, Frank (played by Jack Elam), had other ideas. Frank revealed that Ted was the great-great-grandson of Dr. Frankenstein and that he was none other than Frankenstein’s monster. Descendents of Dr. Frankenstein had been keeping Frank alive over the centuries through the use of a special serum and Frank needed a new dose soon. The title of the series referred to the fact that Frank had a tendency to attract lightning.

Rounding out the cast were Millie Slavin as Nora, an employee at the Brightwater Inn who had expected to inherit it; Jeff Cotler as Brian, Nora’s young son; Bill Erwin as Glenn, a longtime guest at the inn; and Richard Stahl as Walt, a realtor who hoped to earn a commission on the sale of the inn.

Struck By Lightning would be Elam’s fourth attempt at a weekly series, after The Dakotas (ABC, 1963), Temple Houston (NBC, 1963-1964) and The Texas Wheelers (ABC, 1974; 1975). He wasn’t interested in spending hours every day putting on makeup to portray Frankenstein’s monster and it turned out he wouldn’t have to. “I was both pleased and somewhat offended when the producers asked me to play the Frankenstein monster without makeup,” he explained. “It’s not too flattering to play the monster with my normal face, but the money they offered me made up for it” [3]. Elam did wear lifts to appear taller.

In August, CBS decided to make some changes to its fall schedule [4]. Working Stiffs, originally intended to air from 8-8:30PM on Wednesdays, was moved to Saturdays at 8PM, pushing The Bad News Bears to 8:30PM. The Last Resort, which was to have followed Working Stiffs at 8:30PM, would now lead off Wednesdays at 8PM with Struck By Lightning following at 8:30PM.

In its new Wednesday time slot, Struck By Lightning would face the second half of ABC’s Eight is Enough and the second half of NBC’s Real People. According to Robert Daly, CBS President, when the original schedule had been designed the network had only seen pilot episodes of its new shows. After viewing several completed episodes of The Last Resort and Struck By Lightning, it was decided that the two were very compatible. The same could be said for Working Stiffs and The Bad News Bears [5].

Critics were relatively harsh in their reviews of the series, although not of Jack Elam. John J. O’Connor of The New York Times, for example, wrote “it is distressing to watch a fine character actor like Jack Elam trapped in the caricature of Frank. The script even affords him an unintentionally touching line: ‘I hate doing this — it’s so demeaning'” [6]. Likewise, Frank Torrez of The Los Angeles Herald-Examiner wrote “Elam does marvelous things with a script that intentionally or not supplies him with the best lines” [7].

The Washington Post‘s Tom Shales compared Struck By Lightning to The Addams Family and The Munsters, only slightly less childish. He called the series “minimally inspired but disarmingly performed” while lavishing praise on Elam, whose “definitively frazzled characterization is priceless” and his performance “a joy.” Shales also lamented that the writers decided to focus on “kiddie appeal” [8].

Other negative reviews came from Kay Gardella of the New York Daily News, who suggested “the show will need a secret formula to keep itself alive,” and Howard Rosenberg of The Los Angeles Times, who called the premiere “an insipid wasteland” [9]. Sherry Woods of The Miami News was more positive, worrying that Elam’s “marvelous performance” would be wasted should viewers not sample the series. She also criticized CBS for pitting The Last Resort and Struck By Lightning against two hour-long shows without any lead-in support [10].

The series premiere, broadcast on September 19th, ranked a dismal third in its time slot with a 9.4/15 Nielsen rating. By comparison, ABC’s Eight is Enough averaged a huge 28.3 rating, ranking first for the entire week, while NBC’s Real People earned its highest rating ever, a 20.6 [11, 12]. Struck By Lightning‘s share of the audience was exactly half of the 30 share considered necessary for survival.

In its second outing on September 26th, Struck By Lightning drew an identical 9.4/15 rating [13]. The third episode on October 3rd improved to a 12.3/19 rating but by then it was too late [14]. Only days after the third episode had aired, CBS announced it would pre-empt both The Last Resort and Struck By Lightning for the rest of October, replacing them with a movie and three specials [15]. In late October, CBS revealed it would replace the two shows with Young Maverick starting November 28th and filled the time slot with additional specials until that date [16].

The network refused to officially refer to either show as cancelled. The Last Resort would return to the CBS schedule in December and remained there through March 1980, airing 15 episodes in all. A total of 13 episodes of Struck By Lightning were produced but no additional episodes were ever aired by CBS. Although the show never aired in syndication in the United States, some or all of the episodes aired internationally, including in Australia and England.

Joe Cocker’s “You Are So Beautiful” served as the show’s theme song.

3 Replies to “Struck By Lightning”