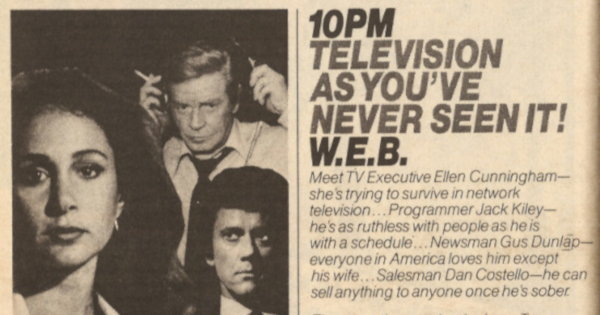 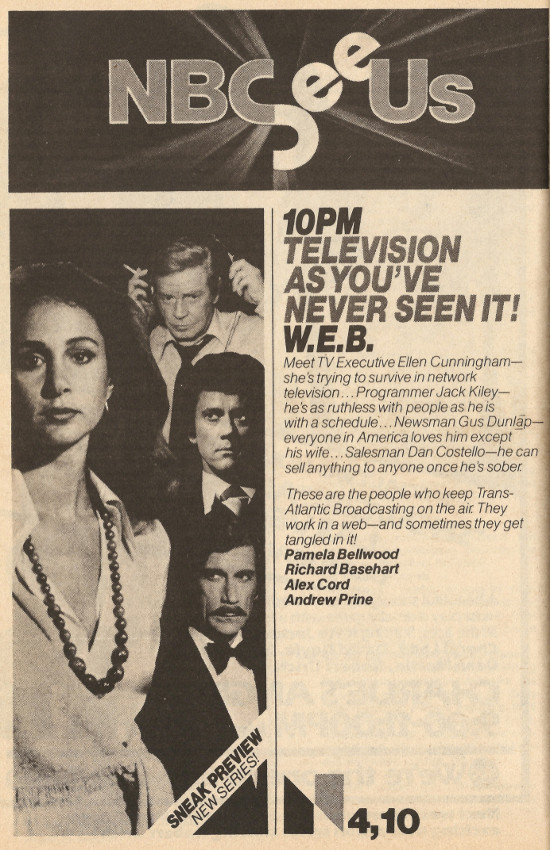 W.E.B. was a very short-lived drama that ran on NBC for just five episodes on NBC in the fall of 1978. Pamela Bellwood starred as a top executive fighting for control at the highest levels of the fictional Trans-Atlantic Broadcasting network. The first half of the series premiere aired as a special “sneak preview” on Wednesday, September 13th from 10-11PM. The second half aired on Thursday, September 14th from 10-11PM, which was the show’s regular time slot. NBC yanked the show off the air three weeks later.