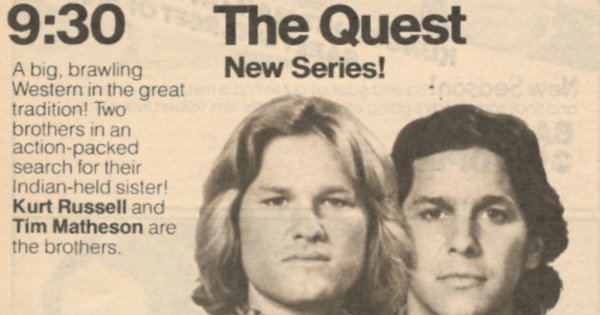 Here’s an NBC TV Guide ad from September 1976 promoting the series premiere of the network’s new drama The Quest: 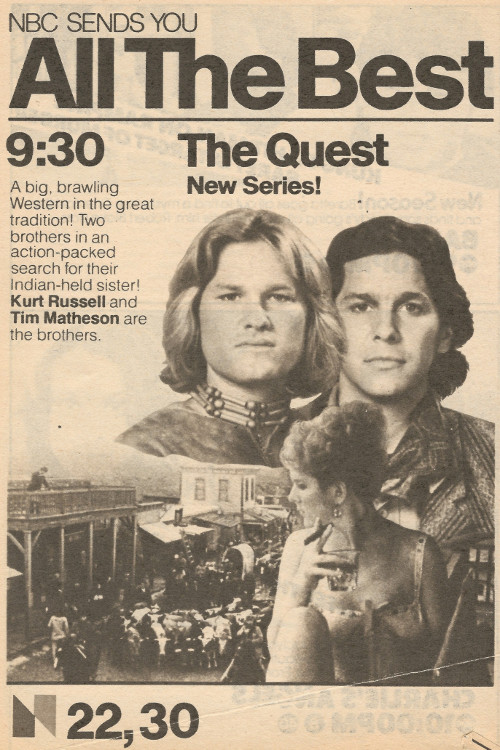 The Quest starred Kurt Russell and Tim Matheson as two brothers searching for their missing sister, who was being held captive by the Cheyenne. A pilot telefilm aired in May 1976. The weekly series debuted on Wednesday, September 22nd with a special a special 90-minute episode. The following week it moved to its regular Wednesday 10-11PM time slot.

NBC aired 13 episodes of The Quest before yanking it off the air due to low ratings. Four completed episodes were left unaired.

This particular ad is from the Western New England Edition of TV Guide. Channel 22 was WWLP in Springfield, MA and Channel 30 was WHNB-TV in Hartford, CT.