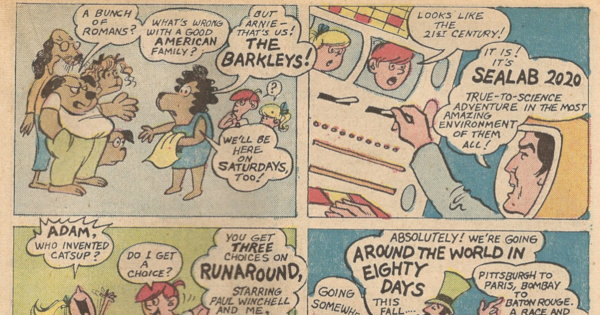 The cover date is February 1973 but the issue was likely on newsstands two or three months earlier. So it may have been in the hands of younger viewers in November or December 1972. That’s still several months after NBC unveiled its new 1972-1973 Saturday morning lineup on September 9th, 1972.

The lineup ran from 8AM to 1PM ET and included 10 half-hour shows. Six were new while a seventh was a reformatted version of a returning show. I had to scan the advertisement as two separate pages. Click on the images for larger versions. 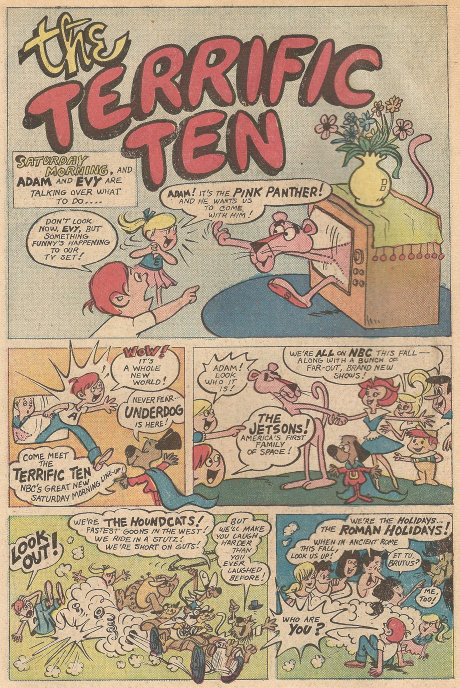 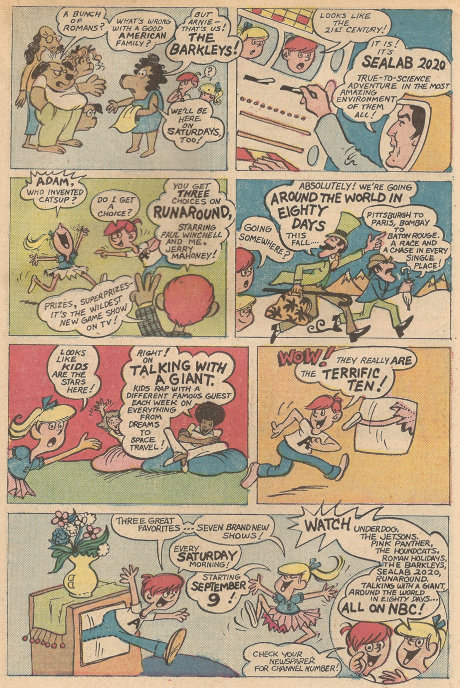 Here’s a look at the full schedule:

Talking With a Giant was a revised version of Take a Giant Step, which ran during the 1971-1972 season. Most of the new shows lasted just 13 episodes before NBC began airing repeats.

Perhaps someone who remembers watching NBC on Saturdays during the 1972-1973 season will recall if the network referred to its lineup as “The Terrific Ten” in promotional spots or bumpers. What about Adam and Evy? Did they make it on air or were they only featured in print advertisements?