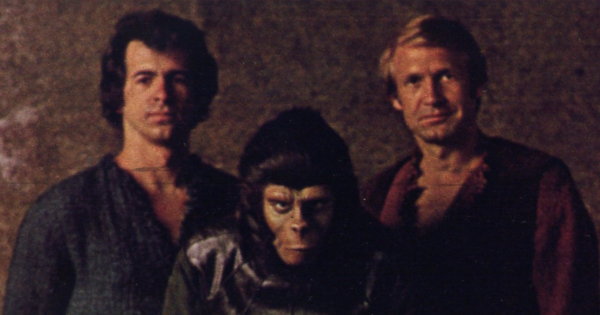 NOTE: No new Tuesday, Thursday or Sunday programming was introduced by CBS during the fall of 1974.

On Mondays, CBS added Rhoda, a spin-off of the highly successful The Mary Tyler Moore Show with Valerie Harper starring as Rhoda Morgenstern. At the start of the series, Rhoda moved from Minneapolis to New York City where she moved in with her overweight sister Brenda (Julie Kavner), met Joe Gerard (David Groh) and was constantly pestered by her mother Ida (Nancy Walker).

The series premiere on Monday, September 9th, 1974 pulled a powerful 28.2/42 in the ratings, ranking first for the week, the first time in television history a new fall series ranked first in its first week [1]. It was also a hit with critics. Percy Shain of the Boston Globe wrote that the premiere had “a joy of life and a brightness that is infectious” while the Philadelphia Bulletin‘s Rex Polier suggested that “continued good scripts and development of relationships will give CBS a Monday night winner to replace Lucille Ball” [2].

Rhoda, like The Mary Tyler Moore Show, was produced by MTM Enterprises. Airing from 9:30-10PM, the series was sandwiched between hit Maude and Medical Center, a solid performer. It competed with NBC Monday Night at the Movies and, initially, ABC Monday Night Football. Starting in January 1975 its ABC competition was S.W.A.T.. During the much-hyped October 28th, 1974 episode, Rhoda and Joe were married. The episode drew a 51% share of the audience, easily surpassing the premiere [3]. For the 1974-1975 season, Rhoda ranked sixth, ahead of both The Mary Tyler Moore Show and Maude.

After two successful seasons, the producers of Rhoda decided things had gotten stale. In the Season Three premiere Rhoda and Joe seperated; David Groh was written out of the series in January 1977. Ratings fell during the 1976-1977 season, recovered somewhat during the 1977-1978 season, and fell again at the start of the 1978-1979 season, leading CBS to cancel Rhoda partway through its fifth season. The final episode aired on December 9th, 1978 (only nine were broadcast during the 1978-1979 season; an additional four episodes were left unaired).

CBS premiered two new hour-long dramas on Wednesdays. The first, Sons and Daughters, aired from 8-9PM opposite That’s My Mama and the first half-hour of The Wednesday Movie of the Week on ABC and Little House on the Prairie on NBC. A made-for-TV movie called Senior Year (broadcast on March 22nd, 1974) served as a pilot for the series.

Set during the 1950s, Sons and Daughters explored the lives and relationships of a group of high school seniors attending Southwest High in Stockton, California. Gary Frank and Glynnis O’Connor starred as sweethearts Jeff Reed and Anita Cramer. Jeff’s father had recently passed away and Anita’s mother had left her father for another man. Their shared family turbulence drew the two together.

The series premiered on September 11th. Critics were split, with some feeling it had potential and others warning viewers to stay away. John J. O’Connor of The New York Times took a more middle-of-the-road stance in his review, writing that “the cast and production are generally attractive, and the series should give younger viewers a reasonable alternative to those interminable car chases on the action-adventure series” [4]. Sons and Daughters fared poorly in the ratings and was off the air after just nine episodes, the last of which aired on November 6th.

The second new CBS Wednesday drama was The Manhunter, an action/adventure series produced by Quinn Martin. Set in 1930s Idaho, it starred Ken Howard as Dave Barrett, a crime-fighting farmer. A pilot telefilm for the series had aired on February 26th, 1974. Dave lived with his parents and sister on the family farm. After his best friend was killed by bank robbers, he decided to moonlight as a detective. Heavily armed, each week Dave would track down another wanted man (or men). 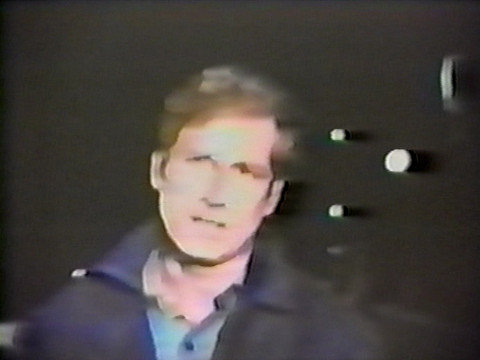 Co-starring were Hilary Thompson as Dave’s sister Lizabeth, Ford Rainey as his father James, Claudia Bryar as his mother Mary and Robert Hogan as Sheriff Paul Tate, his boss. Like Sons and Daughters, some critics felt the series showed promise. Others, like Dick Adler of The Los Angeles Times, thought it was trash. Adler blasted the series, arguing that the series “has nothing whatsoever to separate it from the shows ahead of and to either side of it on the new schedule. Quinn Martin and producer Sam Rolfe have succeeded in wasting film and filling time — or vice versa” [5].

The series premiered on September 11th and ranked nineteenth for the week [6]. Airing from 10-11PM, The Manhunter competed with Get Christie Love! on ABC and Petrocelli on NBC. Although it managed to hang on for the entire 1974-1975 season, the series was not renewed. A total of twenty-two episodes were broadcast, with the last original installment airing on March 5th, 1975. Repeats were shown until April.

Ron Harper and James Naughton starred as Alan Virdon and Pete Burke, astronauts flung a thousand years into the future to a world where apes rule the Earth. Roddy McDowell, who appeared in four of the original five Planet of the Apes films, played a friendly chimpanzee named Galen in the television series. Hunted by gorilla military leader General Urko (played by Mark lenard), each week Virdon, Burke and Galen traveled from ape settlement to ape settlement, helping humans and apes in need. Booth Coleman rounded out the cast as Zaius, an orangutan leader.

Planet of the Apes aired from 8-9PM on Fridays, competing with Sanford and Son and Chico and the Man (a new series) on NBC and Kodiak (a new series) and the first half of The Six Million Dollar Man on ABC. For the 1974-1975 season as a whole, Sanford and Son ranked second, Chico and the Man third. With that much of the viewing audience tuned into NBC, there were only so many viewers left for ABC and CBS.

The series ultimately fell victim to high production costs and low ratings. Its final broadcast was on December 27th. Thirteen of the fourteen produced episodes were aired; the unaired episodes was later seen in cable syndication and released on DVD.

Paul Sand starred in the series as Robert Dreyfuss, a bass violinist in the Boston Symphony Orchestra. Michael Pataki appeared as Robert’s brother, Charlie Dreyfuss, and Penny Marshall played Charlie’s wife, Janice. The couple was constantly fighting, leaving Robert stuck in the middle, while at the same time trying to get his own relationships to last longer than a few days. Steve Landesberg portrayed Fred Meyerbach, Robert’s German friend and fellow violinist, who had a strained relationship with his father. 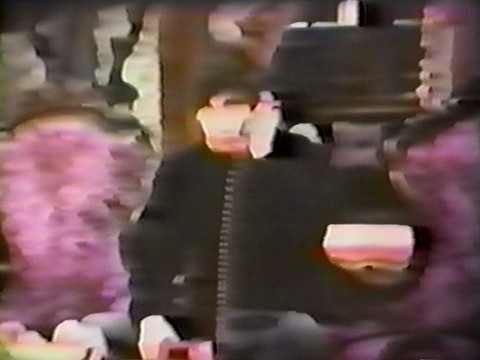 Dick Wesson played Jack Riordan, the antagonistic manager of the orchestra and Craig Richard Nelson played Mason Woodruf, its young manager. Henry Winkler guest-starred in the first episode while Teri Garr appeared in the October 4th episode. The series premiered on September 14th and ranked fourteenth for the week [8]. But critics were underwhelmed. Anthony La Camera of the Boston Herald American called the series “a downright disappointment” while The Boston Globe‘s Percy Shain wrote that it was “mundane and average, with few laughs” [9].

Although the ratings were good, they weren’t as good as the programs that surrounded the series. For example, in early October, Friends & Lovers pulled a 36 percent share of the audience, while lead-in All In The Family had a 51 share and lead-out The Mary Tyler Moore Show had a 39 share [9]. Unable to retain All in the Family‘s ratings and hurting the ratings for The Mary Tyler Moore Show, CBS canned the series in early January, replacing it with The Jeffersons, which was much more compatible with the CBS lineup. For the 1974-1975 season as a whole, Friends & Lovers ranked 25th while The Jeffersons ranked 4th.