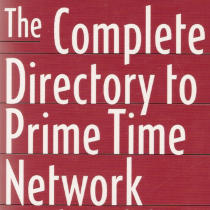 According to a quote on the cover, TV Guide called The Complete Directory to Prime Time Network and Cable TV Shows: 1946-Present the “Guinness Book of World Records” and the “Encyclopedia Britannica of television.” I don’t think either of those comparisons are overstated. This encyclopedic tome, compiled by Tim Brooks and Earle Marsh, is the reference book I’ve turned to the most over the years. For television historians or researchers and casual fans alike, it is a must have.

The current edition of the book was published in October 2007. That would be the ninth edition. The first edition came out in 1979 and updated editions have been issued once every three or four years. At the moment I’m still using my copy of the eighth edition, which was published in October 2003 and covers TV shows through April of that year. The ninth edition contains listings for some 6,500 television programs compared to only 6,000 for the eighth edition. Coverage goes back to 1946, although listings for many early programs are understandably sparse. 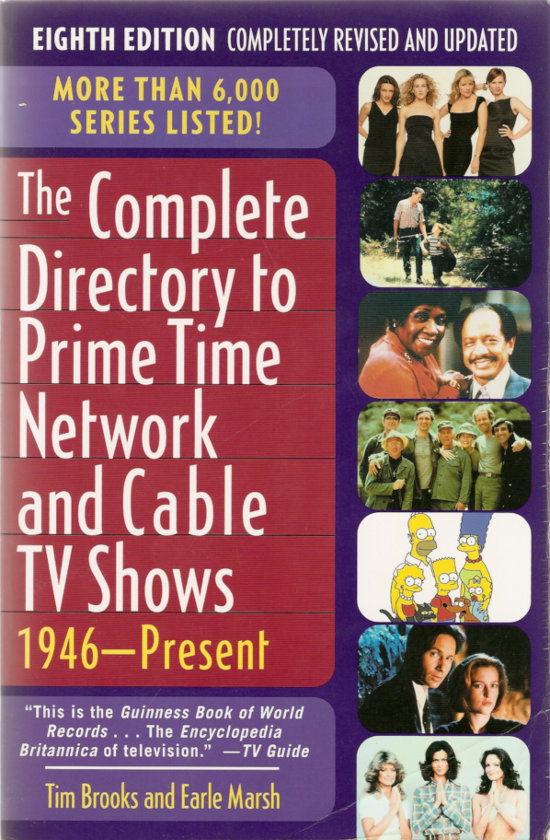 For each listing, the authors include the first and last telecast, a broadcast history with all the days days and times the show was aired, regular cast members and a summary. Depending on the series, the summary can range from a sentence to a paragraph to a page or more. Often included are cast changes, guest star rosters and the occasional behind-the-scenes anecdote.

The Complete Directory to Prime Time Network and Cable TV Shows does not include Saturday morning programs–so no Land of the Lost or Shazam! — but is otherwise complete. And the authors have a rule for cable and syndicated programs: if they were not seen in 50% of television homes in the United States they aren’t included.

For anyone who wants to learn more about television, this is a wonderful place to start. And I heartily recommend it, if that means anything.