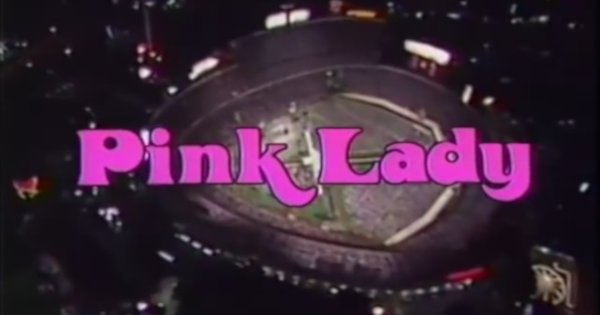 Two questions. Does anyone remember a variety show from late 70’s early 80’s with a white host and two Asian women? If I remember correctly it was kind of like crazy Japanese TV Today. They did songs, stunts etc. The title was something like _____ and Mei. A play on the Asian girls names I believe. Could not have lasted more than one season.

The next question is about the “comedy” team Shields and Arnell (spelling??) They appeared on many variety shows and maybe guest starred on shows like Love Boat. They did dancing and robot miming? Kudos to anyone with info on these two questions!!
Joe

Pink Lady (also known as Pink Lady and Jeff) is considered by some to be on of the worst television shows of all time. It was certainly one of the most bizarre variety shows to ever hit the air. Produced by Sid and Marty Krofft, the series was a showcase for Pink Lady, a Japanese pop duo made up of singers Keiko Masude (or Kei) and Mitsuyo Nemoto (or Mie). Neither could speak English, greatly complicating production.

The mime team of (Robert) Shields and Lorene (Yarnell), best known for their robot act, headlined their own short-lived variety show on CBS called Shields & Yarnell. It premiered in June 1977 as a summer series and performed well enough to return in January 1978. Schedule opposite Laverne & Shirley, it tanked in the ratings and was off the air at the end of March. The two also made guest appearances on dozens of other shows.

John Getz and Kathryn Harrold starred in MacGruder and Loud as secretly married police detectives Malcolm MacGruder and Jenny Loud. The two spent as much trying to hide their marriage from their boss as they did fighting crime. ABC had high hopes for the series, which was given a preview after Super Bowl XIX in January 1985. A total of 14 episodes were produced.

Question: My boss was in a TV pilot in either 1966 or 1967 called Timmy Mcnabb and the Magical Bat (it was not picked up- I think it was United Artists). I am trying to locate a copy of it. Can you help?
Lorie

I found no mention of a pilot (unsold or otherwise) titled “Timmy McNabb and the Magical Bat;” however, there was an unsold pilot called “McNab’s Lab” broadcast on July 22nd, 1966 as part of ABC’s Summer Fun, which broadcast unsold pilots during the summer of 1966. The pilot starred Cliff Arquette as Andrew McNab, a family man/inventor whose inventions always wind up getting his family into trouble. It was produced by United Artists and there was a character named Tommy McNab.

The UCLA Film & Television Archive has a copy of the pilot, and gives the following summary, from TV Guide: “Small-town druggist Andrew McNab is always busy with his inventions–too busy to realize that his son Timmy may not be able to play in the Little League championship.”