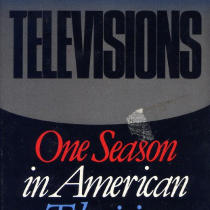 I picked up a copy of this book at a used bookstore several years ago. Sadly, that bookstore has since closed. But I still have my hardcover copy of Marc Eliot’s Televisions: One Season in American Television, published in 1983. It’s a fascinating analysis of the 1981-1982 television season in the United States of America which involves a strike, the coming of cable, Jerry Falwell’s Moral Majority and more. Eliot focuses heavily on Nielsen ratings, which are always interesting, and also interviews producer Garry Marshall.

In his prologue, Eliot explains that every so often a television season comes long that is defined by a single program. Or, perhaps, by a newsworthy real-world event. Of the 1981-1982 season, Eliot writes that it was “dominated by off-screen, unscheduled events and issues–political, social, economic.” He explains that politically, the season was defined by strikes; socially, it was the Moral Majority; and economically it was the expansion of cable.

Eliot devotes two chapters to the Moral Majority, four to television ratings, one to cable, one to drugs, one to independent production and two to miscellaneous items. He introduces the Moral Majority and the Coalition of Better Television with its boycotts of programs unsuitable for children due to violence or sexual content. M*A*S*H, The White Shadow, Flo and Soap were among the shows criticized for vulgar language while Happy Days, Too Close for Comfort and Three’s Company were some of the shows that were too sexual. 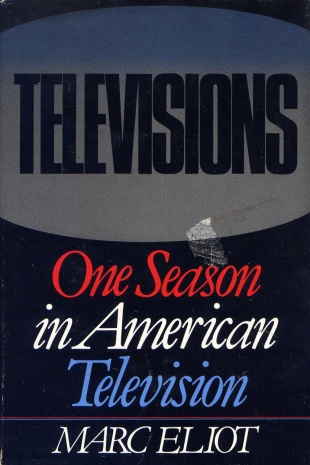 A proposed boycott never came to fruition but sponsors pulled out nonetheless. Eliot also discusses Ed Asner’s political inclinations and his involvement in the 1981 writers strike, plus the cancellation of Lou Grant. There’s a chapter on television news and a few pages on daytime talk shows. But by far my favorite part of the book are the chapters analyzing Nielsen ratings. He briefly introduces the ratings, then talks about the November sweeps period, and provides the complete ratings for the week ending Sunday, November 8th). 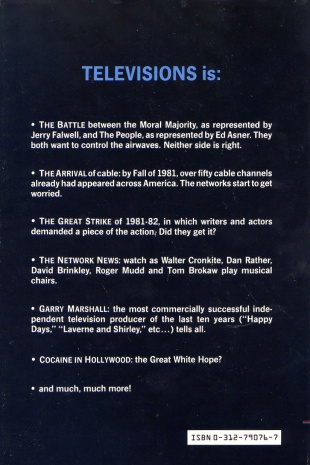 Finally, Eliot provides the complete rankings for the 1981-1982 season as a whole. NBC’s Fitz and Bones was dead last at 105th with a 8.7 rating. ABC’s Police Squad was 57th with a 15.5 rating. NBC’s Q.E.D. tied for 98th with a 10.1 rating. He discusses how the networks were disturbed by the way teenagers were drifting away from broadcast television (that sounds familiar, doesn’t it).

The interview with Garry Marshall covers all manner of topics: the Moral Majority, censorship, ratings, strikes, quality, cable, time slots, older viewers and more. Another interview, with a group of network executives who wished to remain nameless, discusses the cost of a pilot, the Moral Majority, whether or not Hill Street Blues can succeed, how much authority writers have and the trend of making television shows out of movies.

All told, Televisions: One Season in American Television is a great read. I only wish Eliot had continued writing such books for later seasons or, better yet, earlier ones. It’s out of print but you should be able to find a used copy online.

One Reply to “Bookshelf: Televisions: One Season in American Television”