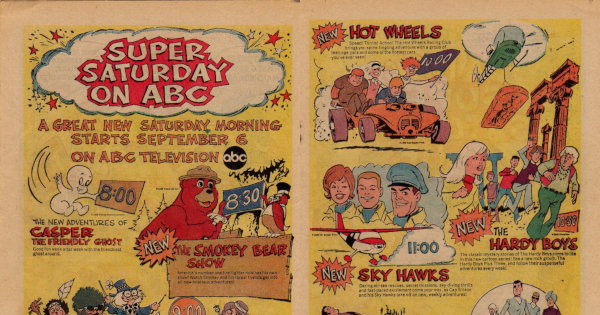 The Fall 1969 ABC Saturday morning “Super Saturday” line-up kicked off on September 6th at 8AM with quite a few new programs. All of the returning shows were just repeats of episodes originally produced for past seasons. The New Adventures of Casper the Friendly Ghost (aka The New Casper Cartoon Show) was in its last season on ABC and aired only repeats from the 1963-1964 season as well as film shorts. Here’s the full schedule:

A two-page advertisement for Super Saturday on ABC line-up from Gold Key’s Walt Disney Mickey Mouse #123 included all of the above with the exception of American Bandstand which, to be fair, did not fit well with the rest of the animated fare. The issue had a cover date of November 1969 but likely came out in August. Click on the image for a larger version: 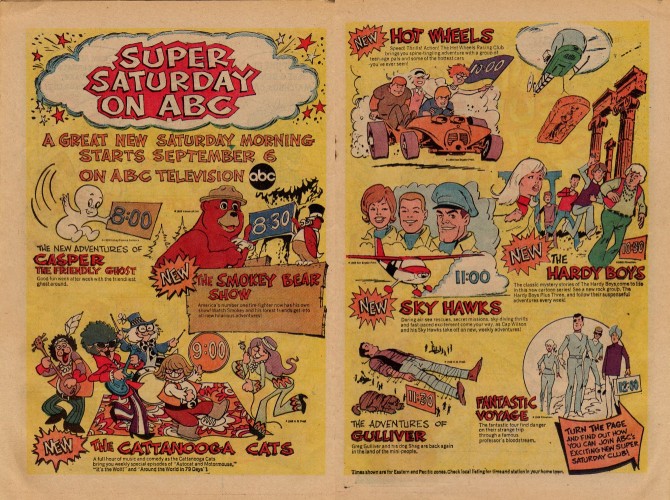 And here’s an advertisement for ABC’s Super Saturday Club, which cost just fifty cents. The membership kit included an official membership card, a newsletter, coupons, a button, decals and stick-ons, a poster, a stamp album and more. Click on the image for a larger version: 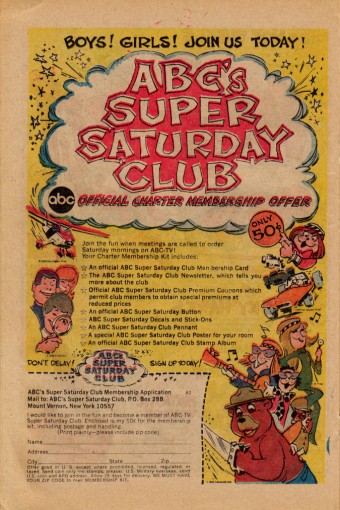 Was anyone reading this a member of the ABC Super Saturday Club? Do you still have your official membership card?