The very first television special from the National Geographic Society was broadcast in color on Friday, September 10th, 1965 on CBS. By my count, CBS aired a total of 31 National Geographic specials, the last of which aired on Thursday, April 12th, 1973. After that, ABC took over broadcasting the specials but would only air four before they moved once again, this time to PBS. Note that I came up with these numbers by physically flipping through a collection of National Geographic magazines and the list I came up with may not be comprehensive.

Titled “Americans on Everest,” the first hour-long National Geographic television special followed a team led by Norman G. Dyhrenfurth as they attempted to reach the summit of Mt. Everest in May of 1963. To promote the special, National Geographic the magazine published a five-page article in its September 1965 issue announcing the Society’s foray into television. Included were photographs, information on the Society’s new television division, descriptions of the first four specials and a list of stations planning to broadcast “Americans on Everest.” 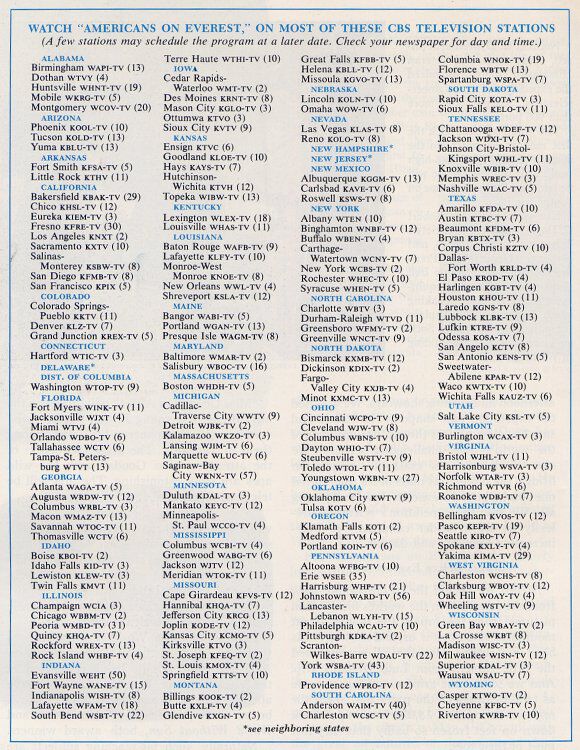 Here’s a list of the first 39 National Geographic specials, which includes the 31 CBS specials, the four ABC specials and the first four PBS specials. I have not been able to find a good episode guide for these specials; both TV.com and the Internet Movie Database have incomplete guides. If anyone knows of a complete guide, please let me know in the comments.

Beginning with the second special, “Miss Goodall and the Wild Chimpanzees,” National Geographic included removable television announcements alongside articles giving a description of the special. These announcements included television listings and were intended to be torn out of the magazine and kept by the television set as a reminder to tune in. 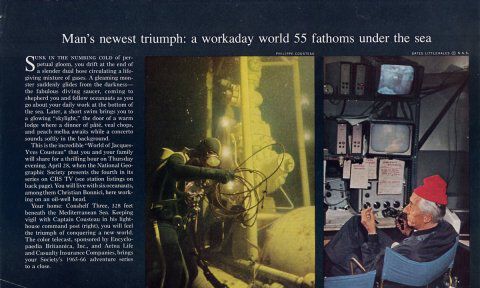 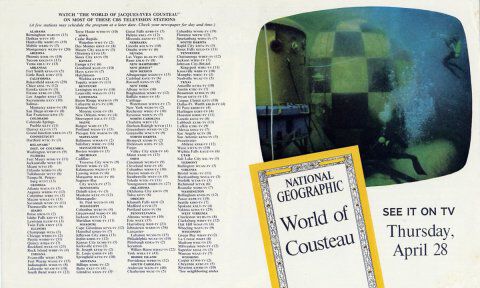 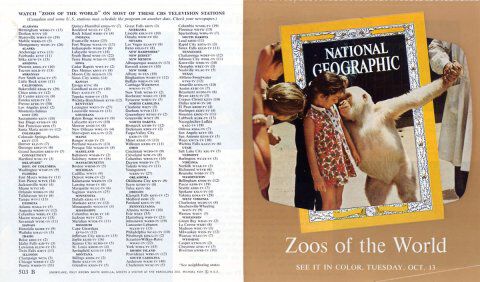 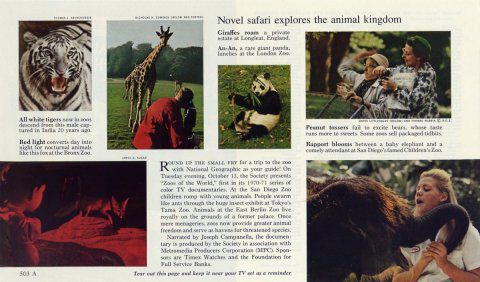