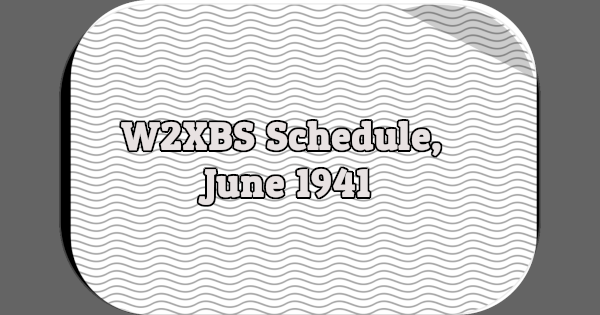 Here are the television listings for NBC’s experimental station W2XBS in New York City, published in The New York Times during June 1941. Listings this month were sporadic and it is unclear whether the station was off the air much of the month or if The New York Times simply did not publish listings regularly for some reason.