Actor, musician and skier Noel Harrison died earlier this week at the age of 78, although I only read the news this morning. You can find an obituary at The New York Times.

I’ve been pretty vocal over the years about my love of The Girl from U.N.C.L.E., which Harrison co-starred in. Harrison played British U.N.C.L.E. agent Mark Slate, the suave partner to April Dancer (played by Stefanie Powers). The series was a spin-off of The Man from U.N.C.L.E. and ran for a single season on NBC from 1966 to 1967. I’ve written an extensive article about the series which you can find here. 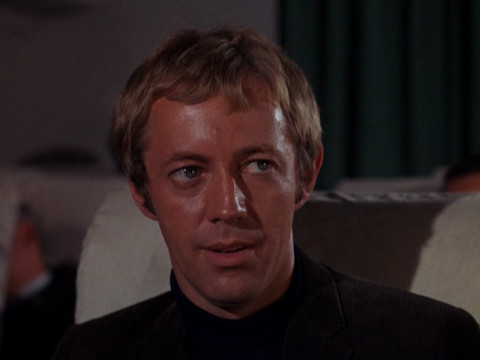 I must admit that what initially drew me to The Girl from U.N.C.L.E. was Stefanie Powers. As the star, she was the focus of most critical reaction to the series, most plots were built around her character, and she got to play with most of the outrageous gadgets. Harrison was often given little to do other than worry about April and/or rescue her. Still, he an integral part of the series, and the two played off one another well.

My darling friend Noel Harrison passed last night. Let us all light a candle to speed him on his way – he deserves to fly with the angels

For anyone wanting to relive Harrison’s adventures on The Girl from U.N.C.L.E., the complete series can be purchased on DVD in two parts from the Warner Archive.